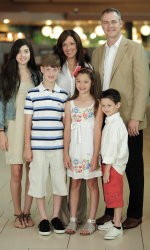 “Stony Brook University means so much to my family and me,” Pikiell said.  “For us, it was the obvious decision to give back to the University, the Hospital and the community that have given so much to our family. We love living in Stony Brook, love engaging with the Three Village community and love being a part of Seawolves Athletics. As a University, we have come so far, so fast and we truly are headed toward even bigger and brighter successes; I could not be more excited to be a part of it.”

“I want to thank Steve and Kate for their tremendous generosity,” said Stony Brook Director of Athletics Jim Fiore. “Coach Pikiell’s donation on behalf of his family is just the latest example of the exceptional leadership he displays each and every day. Not only is he a very talented coach and mentor, but he is also an incredible ambassador for our University and an integral part of our community. My hope is that the Pikiells’ generosity, along with that of many others who continue to be so supportive of our efforts, will help to foster new gifts from our constituents as we continue the upward trajectory of Stony Brook Athletics.”

Pikiell, who recently signed a contract extension through the 2016-2017 season, is heading into his eighth season as head coach and has been at the helm of a basketball renaissance at Stony Brook. During the last three seasons, the Seawolves have posted a pair of 20-win seasons, won the America East regular season championship twice, advanced to the America East Championship final in back-to-back seasons and appeared in the prestigious National Invitation Tournament twice.