Peter Small: Sustainable Development in the Service of Human Health 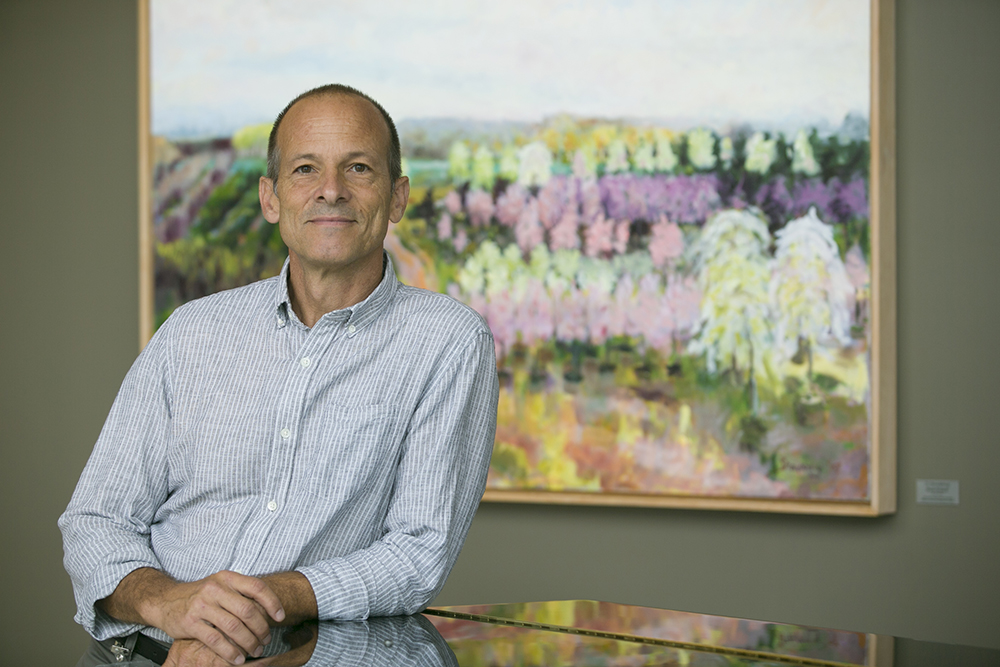 Based on Stony Brook’s main campus and under Dr. Small’s leadership, the GHI will drive cutting-edge health-improvement-oriented interdisciplinary research with a particular focus on Madagascar, an island country off the coast of Southeast Africa.

At the outset of his appointment, Dr. Small shared his thoughts on moving across the country, working around the globe and conducting groundbreaking health science research.

What attracted you to this position at the Stony Brook University Global Health Institute (GHI)?

I must admit that I’ve lived a charmed life, and can divide my professional time roughly into decades. I spent a decade as a doctor at the University of California, San Francisco, a decade as a scientist at Stanford University and a decade developing improved health products and ensuring their delivery to the world’s poor at the Bill & Melinda Gates Foundation.

I see Stony Brook as a great platform for the next decade, during which I’ll focus on an integrated approach to sustainable economic development in the service of improving human health.

How does it feel to join Stony Brook University’s medical research efforts?

Change is not easy, particularly for my two teenagers, but I’m excited. What’s common among those decade-long chapters is my passion for interdisciplinary science. Everything I’ve seen about the quality of science that’s being done at Stony Brook impresses me. I really look forward to meeting my team of future collaborators.

Where were you located before Stony Brook?

I moved from Stanford to Seattle in 2002 to lead the Gates Foundation’s tuberculosis (TB) program. In 2011 I stepped down from that position and moved my family to India for two years to get back in touch with the real nature of the TB problem. We returned to Seattle for about two years before I accepted this position at Stony Brook.

What will you do your first day on the job, and what do you aspire to accomplish during your first year?

Starting on day one, I’ll be on a very steep learning curve to better understand both the challenges and opportunities in a diverse set of fields that have to come together in order for this program to succeed, bringing together some of the Stony Brook expertise in ecology, evolution, sustainable development, health.

By the end of the year, I hope that, starting with the incredible support I’m feeling from Stony Brook University President Samuel L. Stanley Jr., School of Medicine Dean Kenneth Kaushansky, Provost Dennis Assanis and PIVOT co-founders Jim and Robin Herrnstein, we will have crafted a vision for this program and made progress in aligning a team to execute on that vision.

Rigorously measuring and evaluating the impact of our program will be key to ensuring it evolves to become a leader in demonstrating how universities such as Stony Brook can help the global poor to help themselves.

How do you feel about moving from one U.S. coast to another, to live and work on Long Island in tandem with another island, Madagascar, off the coast of Southeast Africa?

Long Island seems like a wonderful place to live. I’m looking forward to the social and cultural aspects of the community, as well. I’ve visited New York a few times, but for me it’s as mysterious in many ways as Delhi was when I moved the family there in 2012. I like islands and my family is pretty passionate about the ocean.

Have you ever visited Madagascar?

Yes, during my month off between jobs I had the opportunity to spend 10 days there with Pat Wright, the Herrnsteins and the PIVOT team. As a TB scientist and public health advocate, it felt familiar – prototypical of the challenges countries face with the confluence of poverty, ecological devastation and disease. However, Madagascar has some phenomenally interesting, unique aspects and opportunities.

It was particularly exciting to brainstorm with a broad range of folks working there about how Stony Brook can partner with the Malagasy people to take on some of these challenges, and come up with some ideas about more generalizable solutions applicable to all the other places in the world facing similar challenges.

Much of your expertise relates to tuberculosis. Is TB an issue in Madagascar? How might the GHI approach this issue?

Tuberculosis and poverty are inextricable, so yes, there’s significant tuberculosis in Madagascar. I’m sure I will stay passionate about TB, but that will not be my main focus. I plan to concentrate much further upstream, looking at the causes of disease.

My sense is that the unique opportunities associated with Madagascar’s island biogeography and ecology are such that we can start talking about the possibility of TB elimination there. We don’t currently, as a global community, have the tools that we’d like to eliminate TB, but starting to think about what elimination might look like will be a fruitful discussion that will benefit far more than the country of Madagascar.

What do you think of Centre ValBio and its founder, Professor of Anthropology Patricia Wright, and PIVOT and its co-founders Jim and Robin Herrnstein?

It was great to be in Madagascar with them and see how much they have accomplished. There are clearly synergies that can be brought together to solve this puzzle. The combination of Pat Wright’s longstanding engagement and very significant contribution to the country, the more recent work of PIVOT, which is very pragmatically focused on improving health, and the passion that Jim and Robin Herrnstein bring to this effort are a powerful combination — three critical elements that are in no small part why I’m excited about taking the job. 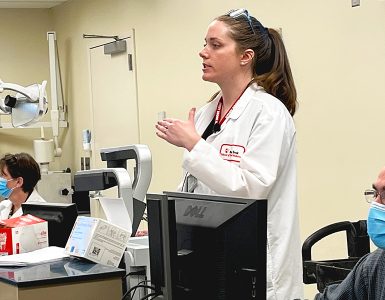