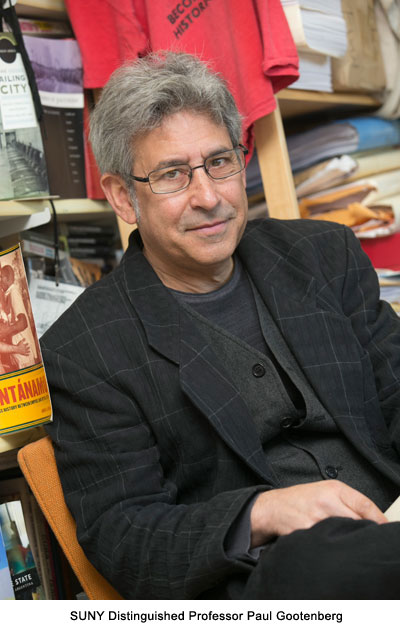 The essay discusses the new politics of drug policies in Latin America, stating that many countries are opposing longstanding US-backed policies in the war against drugs, but there is no general consensus as to what the new policies should be.

“For the first time in 40 years, there is significant pushback from Latin American countries, which endured much of the drug war’s suffering,” commented Gootenberg, who has testified at two national intelligence summits on Andean cocaine and travels the world speaking about global drug reform. He is the selection chair of the Social Science Research Council’s Drugs, Security and Democracy fellowship program.

Gootenberg’s first two books, Between Silver and Guano: Commercial Policy and the State in Post-Independence Peru and Imagining Development: Economic Ideas in Peru’s “Fictitious Prosperity” of Guano, broke new ground for their interdisciplinary analyses of Latin American republics, while his Andean Cocaine: The Making of a Global Drug has been hailed as a pioneering work.