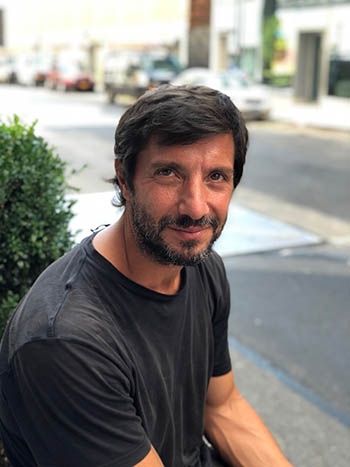 Published in May this year and available on Amazon, the book explores the relationship between literary and journalistic practices south of the U.S. border through the lives of seven Latin American writers from the past two centuries. Calvi takes the reader through the works of literary and journalism giants like Domingo Faustino Sarmiento, José Martí and Rodolfo Walsh as he analyzes the genre’s evolution over the decades.

“Calvi worked for two decades as a journalist, and he shows the skills of a seasoned storyteller,” Gabriela Polit Dueñas of the University of Texas wrote. “He braids into the analyses his long hours of archival research without letting his readers feel them.”

The book is unusual for its point of view, Polit Dueñas proposes, and the abundant narratives and descriptions.

“Calvi describes Martí’s anxiety when heading to the first Pan American Conference held in New York in 1889. We know that the descriptions of the men’s surprise at Sarmiento’s appearance and Martí’s anxiety when heading to the conference (and many more such descriptions throughout the book) are precisely the product of a way of writing literary journalism that is now successfully transplanted into an academic book.”

Calvi is an associate professor at Stony Brook University’s School of Journalism and Associate Director for Latin America for the Marie Colvin Center for International Reporting. He is now teaching a class based on the book (JRN 390) and will teach it again in the Fall of 2020.