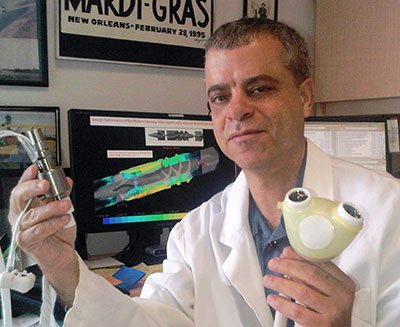 A Stony Brook-led interdisciplinary computer modeling project that could lead to a better understanding of cardiovascular disease has received major funding from The National Institutes of Health.

A team of scientists led by Danny Bluestein, Professor of Biomedical Engineering at Stony Brook University, will conduct multi-scale simulations of cardiovascular processes. Work on the project will be carried out concurrently by Yuefan Deng, from Stony Brook’s Department of Applied Mathematics and Statistics, and Marvin Slepian from the Sarver Heart Center at the University of Arizona. The project exemplifies the collaborative research being fostered by Stony Brook’s College of Engineering and Applied Sciences.

The grant is marked by its interdisciplinary nature, combining techniques and approaches from computational modeling, engineering, and clinical biology, and uses some of the largest domestic and international High Performance Computing resources in the world. It is also distinguished by its funding amount at roughly $3.6 million total, with more than $3 million awarded to Stony Brook researchers.

The project aims to investigate issues relating to blood flow and platelet mediated thrombosis — major causes of cardiovascular disease, which remains the leading cause of death in the developed world. Because the cardiovascular system is so complex, modeling these features requires overcoming unique computational difficulties, as Dr. Bluestein explains:

“Elucidation of the complex interactions between living tissues and mechanical stimuli, as represented by the vexing problem of blood flow and platelet mediated thrombosis, poses a major computational challenge. It covers a vast range of scales — from the macro-scales of blood flow in big arteries and cardiovascular devices, to the molecular micro to nano scales of blood clotting. To address this challenge, this project aims to develop a computationally efficient multi-scale model of blood flow and platelet mediated thrombosis using cutting-edge molecular dynamics and dissipative particle dynamics numerical approaches.”

The methodology developed for this project departs from the traditional continuum-based numerical approaches, representing a paradigm shift in the burgeoning field of multi-scale simulations and its application to solving complex clinical problems at the interface of engineering and biology. By adopting quantitative reasoning for solving these problems as an alternative to using the existing empirics-based treatments, this will further advance, refine and transform the methodologies of biomedical research toward precision medicine.

Yuefan Deng is Professor of Applied Mathematics at Stony Brook University, where he is also an affiliate member of the Institute of Advanced Computational Sciences. Since receiving his PhD from Columbia University in 1989, he has worked extensively in Parallel Computing, Molecular Dynamics and Computational Biology.

Marvin J. Slepian is a professor of Medicine (Cardiology) and BioMedical Engineering at the University of Arizona and McGuire Scholar in the Eller College of Management, also at Arizona. He is Founder and Chief Scientific Officer of SynCardia, a company specializing in the production and maintenance of artificial hearts. 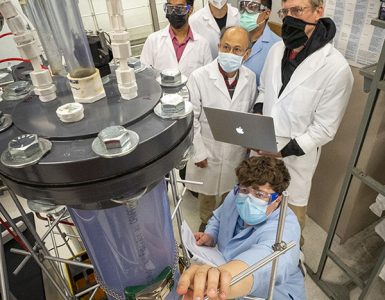 The grants will be used to validate the potential of replacing cement with naturally derived biopolymers to increase the structural stability of soil.