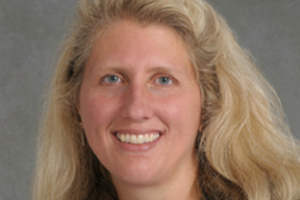 The American Chemical Society (ACS) has named Professor Nicole S. Sampson to the 2017 class of ACS Fellows, which includes scientists who have demonstrated outstanding accomplishments in chemistry and have made important contributions to ACS, the world’s largest scientific society.

Research in the Sampson laboratory focuses on understanding the relationship between protein structure and protein function and synthesizing chemical tools to probe and control biological function. Work is ongoing in the areas of AROMP, cancer metastasis, lipid-protein interactions, mammalian fertilization and tuberculosis steroid metabolism.

Sampson and the other 2017 ACS Fellows will be recognized at a ceremony and reception on August 21, during the Society’s 254th National Meeting and Exposition in Washington, D.C.

The ACS Fellows Program was created by the ACS Board of Directors in December 2008 to recognize members of ACS for outstanding achievements in and contributions to science, the profession and the society.

The official list of names appears in the June 19 issue of Chemical & Engineering News.

The American Chemical Society, the world’s largest scientific society, is a not-for-profit organization chartered by the U.S. Congress. ACS is a global leader in providing access to chemistry-related information and research through its multiple databases, peer-reviewed journals and scientific conferences.