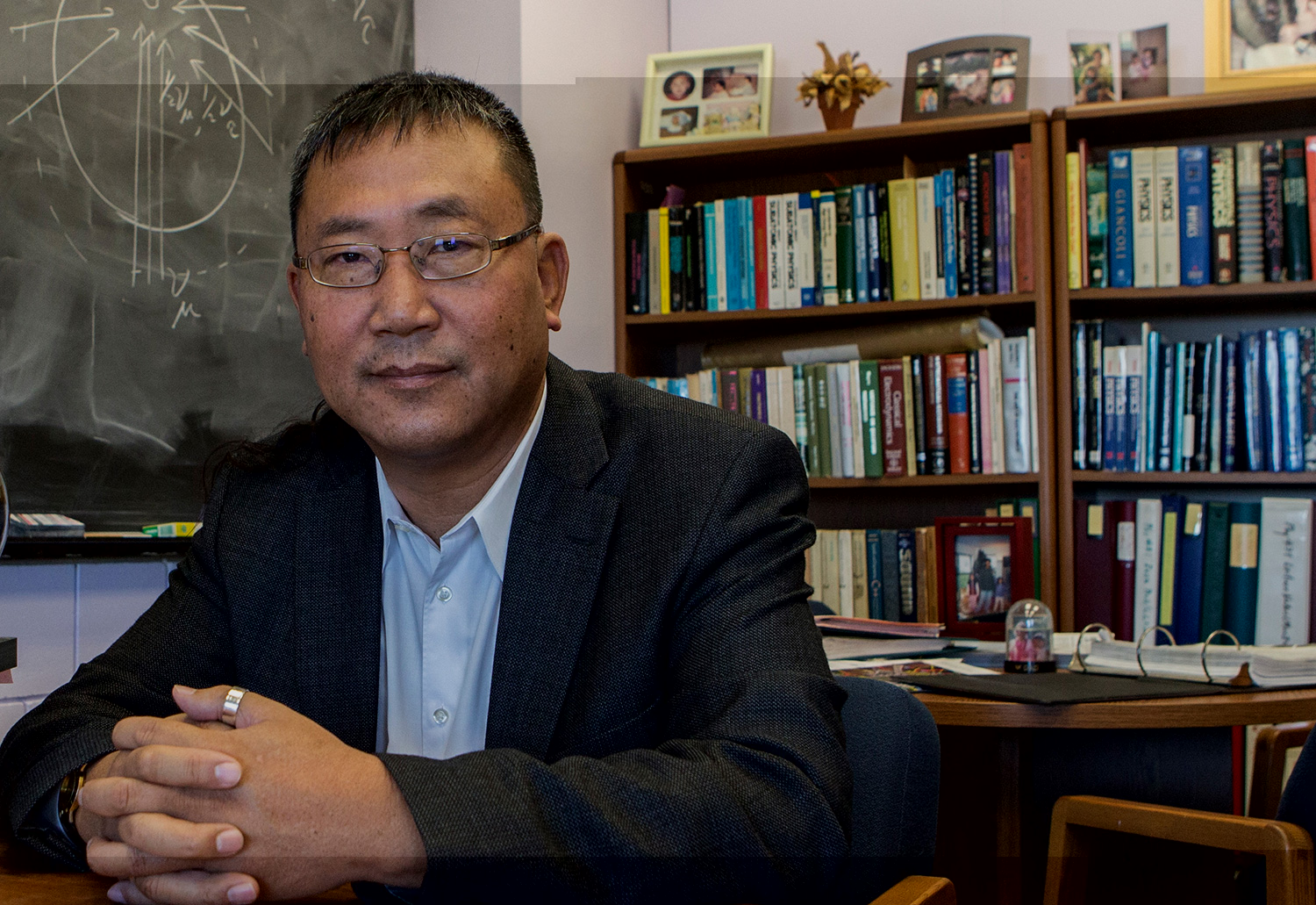 At the 38th International Conference on High Energy Physics, Stony Brook University Physicist Chang Kee Jung presented new findings on behalf of the international T2K Collaboration that reveal why the universe is dominated by matter and why we exist.

Professor Jung, a leading member of the T2K Collaboration, explained how they can now demonstrate why matter and antimatter are different. He also presented the latest results of the T2K findings and explained why they are significant to theories of particle physics and Big Bang Cosmology.

According to Jung, T2K’s recent finding hints that neutrinos and antineutrinos may oscillate slightly differently, which is a break of fundamental symmetry (Charge-Parity) in physics.

“Physicists believe that this is deeply related to the question of why our current universe is dominated by matter and why we exist,” said Jung. “At the onset of the Big Bang, the universe must have been symmetric — there
existed the same amount of matter and antimatter. Charge-Parity violation could allow very heavy neutral particles to decay to neutrinos at a slightly higher rate than to antineutrinos, which created the initial imbalance in the amount of matter and antimatter. Without this process, we would not exist, and our universe today would instead contain only light and energy resulting from the inevitable matter-antimatter annihilation after the Big Bang.”

Jung emphasized that T2K’s finding is by no means a definitive discovery. “Rather,” he said, “it is perhaps the first significant step toward the elucidation of a matter-dominant universe, for which much more data and many more years of effort is needed.”

The series features a group of nationally renowned authors, alongside new and emerging writers, in conversation about how books and art might bridge the deep divisions in our nation.