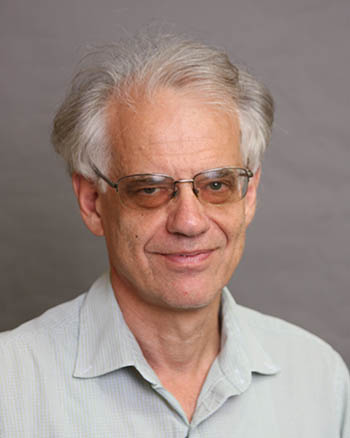 Stony Brook University Distinguished Professor of Mathematics Mikhail Lyubich has been honored with membership to the elite American Academy of Arts and Sciences (AAAS), which recognizes the outstanding achievements of individuals in academia, the arts, business, government and public affairs.

A leader in the field of dynamical systems, Lyubich is Director of the Institute for Mathematical Sciences at Stony Brook. He is one of the founders of modern real and complex one-dimensional dynamics, having in many ways shaped the development of the field.

“I’m thrilled for Mikhail Lyubich for the extraordinary honor of being inducted to the American Academy of Arts and Sciences for Mathematical and Physical Sciences,” said Nicole S. Sampson, interim dean of the College of Arts and Sciences and distinguished professor of Chemistry. “We’re fortunate to have him among our esteemed Mathematics faculty for nearly three decades, and we proudly celebrate the excellence and accomplishments he brings to the College.”

Lyubich earned his PhD in 1984 from Tashkent State University (former Soviet Union) and arrived at Stony Brook in 1990. Among his many achievements are: 1991-1993 A. P. Sloan Foundation Fellow; 1994 Invited Address, International Congress of Mathematics; 2002-2004 Guggenheim Fellowship; 2009 Jeffery-Williams Prize, Canadian Mathematical Society; and 2012 Fellow of the American Mathematical Society.

“It is certainly rewarding to have one’s long-term effort recognized at this level,” Lyubich said. “I should give a lot of credit to Stony Brook for creating a wonderful environment for pursuing my research goals. I hope that Stony Brook will be preserved as a vibrant research center of the highest level.”

Lyubich will be in attendance this weekend as the 2019 class is inducted at a ceremony in Cambridge, Massachusetts, joining the prestigious company of Academy members previously elected.

More information about the American Academy of Arts and Sciences is at amacad.org.