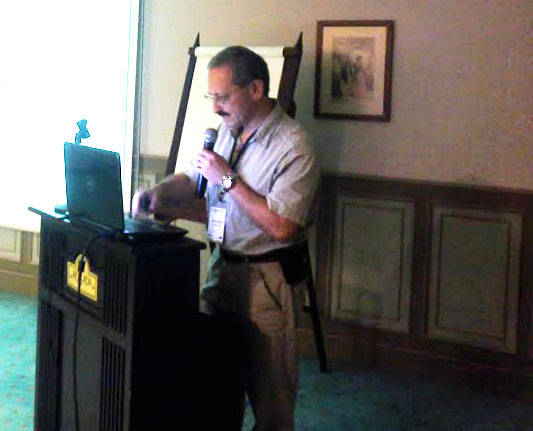 The ALP 20-year Test of Time award identifies the most influential paper from the ICLP proceedings 20 years prior that stood the test of time. Kifer and Bonner’s paper is cited by fellow researchers close to 200 times according to Google Scholar, and originally appeared in the proceedings of the 10th ICLP in Budapest, Hungary.

Professor Kifer is also a recipient of the prestigious 1999 and 2002 Test of Time Awards from ACM SIGMOD for his 1989 and 1992 papers on F-logic and object-oriented database languages at the SIGMOD Conference on Management of Data.

During his research career of more than 30 years, Kifer has made significant breakthroughs in the areas of databases, logic programming, knowledge representation and semantic web. He has published four textbooks and numerous articles in these areas. Kifer co-invented F-logic, HiLog, Annotated Logic and Transaction Logic, for which he received several awards; his publications are some of the most widely cited works in this field. Kifer and his students also developed a sophisticated knowledge representation and reasoning system Flora-2, and he has made significant contributions to other important software projects.

Kifer received a PhD in computer science from Hebrew University of Jerusalem in 1985 and an MS in mathematics from Moscow University in 1976. In 2002 Kifer received a SUNY Chancellor’s Award for Excellence in Faculty Service and in 2006 he was a Plumer Fellow at Oxford University’s St. Anne’s College. In 2008 he received a SUNY Chancellor’s Award and a Stony Brook University President’s Award for Excellence in Scholarship. Kifer serves on the editorial boards of several computer science journals and has chaired a number of conferences. In 2012 he was elected president of the Rules and Reasoning Association.