Mechanism That Unwinds DNA May Function Like an Oil Rig “Pumpjack” 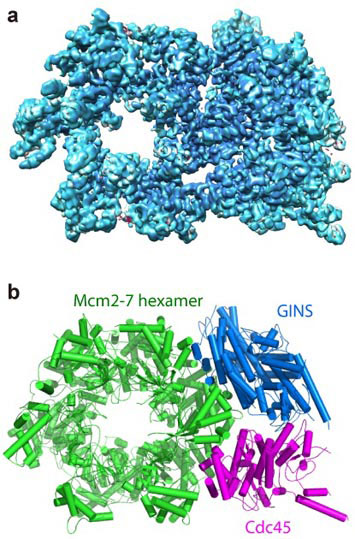 A team of scientists led by Stony Brook University biochemist Huilin Li, PhD, have proposed that DNA is unwound by a type of “pumpjack” mechanism, similar to the way one operates on an oil rig. Their finding, published in Nature Structural & Molecular Biology, is based on new close-up images of the proteins that unwind DNA inside the nucleus of a yeast cell and could offer insight into ways that DNA replication can go awry and trigger disease.

Video shows the helicase protein complex from all angles, and reveals how its shape changes back and forth between two forms.