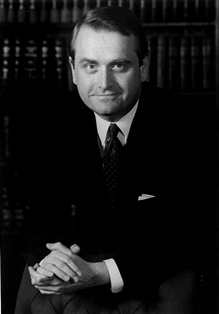 The Stony Brook University School of Journalism received a $50,000 gift from Elaine Crosson and her son Daniel to establish The Matthew T. Crosson Memorial Scholarship in Journalism, which will endow a scholarship to support young journalists who wish to carry on the pursuit of public affairs journalism and advance public discourse for which the late Matt Crosson was so well known. A portion of the funding comes from donations from family and friends, and the full $50,000 will be matched by a special grant to Stony Brook University from Jim and Marilyn Simons and the Simons Foundation, resulting in an impact of $100,000. The endowment will continue to be funded with additional donations from the community.

Matt Crosson, the beloved and highly touted former President of the Long Island Association (LIA), a title he held for 16 years, died unexpectedly on December 23, 2010, from complications following a stroke. He resigned from the LIA earlier that year and accepted a job as the Chief Executive Officer of the Las Vegas Chamber of Commerce. Following his death, Elaine and Dan, who is now 14, moved back to their home on Long Island after Elaine accepted a position at Stony Brook University as Vice President for External Relations.

“It has been two years since Matt passed away and Daniel and I still miss him so much, as does the rest of his family, and so many others who knew and loved him,” said Elaine Crosson, JD, Crosson’s wife of 17 years. “Dan and I wanted to make this gift now to commemorate Matt’s legacy as a great advocate for public dialogue and to provide others an opportunity to honor his memory.

“Matt was an attorney not a journalist by trade, yet his appreciation for the written word and his belief in responsible journalism was fierce, so in addition to his primary role of advancing economic development for Long Island, it was his personal mission to bring to fore the most pressing current affairs issues facing this community and all of New York by engaging some of the most relevant public figures and luminaries in our country in a personal dialogue right here in our own back yard.

“The Matthew T. Crosson Memorial Scholarship endowment is meant to foster that mission, to keep the vision alive by supporting journalists in training at Stony Brook who will carry on the pursuit of public discourse that Matt so cherished.”

The Crosson scholarship will be available to a qualifying full-time junior or senior enrolled in the School of Journalism, where Jim Klurfeld, Crosson’s friend and longtime co-host of the public affairs program “Cutting Edge,” is a professor. The recipient must demonstrate a desire to pursue a career in journalism with a demonstrated interest in public affairs. The recipient will also have the opportunity to intern at Newsday or at News 12 Long Island and Newsday.com or a special rotating internship at all three news outlets. Beginning in fall 2013, one recipient per year will be chosen by a selected committee appointed by School of Journalism School Dean Howard Schneider.

“This scholarship will be invaluable in supporting students, year after year, whose passion will be to pursue reporting in the public interest,” said Schneider. “I can think of nothing more important.”

“This is not only a wonderful development for our program but wholly appropriate that it should be in Matt Crosson’s name,” said Klurfeld. “Whether he was a prosecutor, running the New York State Court system, heading the LIA or hosting a regular public affairs television show, Matt’s goal was always to find the truth. That, of course, is also the goal of journalism.”