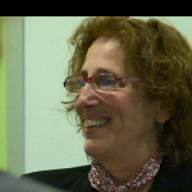 Last fall Marilyn Zucker, a lecturer in Stony Brook University’s Program in Writing and Rhetoric in the College of Arts and Sciences, taught a one-semester course in autobiography and personal narrative at the University of Lisbon in Portugal, a country without a sturdy and long tradition of autobiographical writing. Due, in part, to a long period of dictatorship, which repressed the personal voice in public venues, Portuguese authors have focused for decades on writing primarily fictional works.

Zucker presented a seminar on women’s autobiography at the University of Lisbon in 2010. When she asked students and faculty present if they thought life writing was an important genre in Portugal, every person in the audience shook their heads, “no.” Following a lengthy discussion as to why this was the case, with many aspects of Portuguese culture offered up as reasons for the disinterest, Zucker began to explore the possibility of teaching a course there in autobiography.

“In Spring 2011 I began to develop the Portugal Project,” said Zucker. “I knew that a vital aspect of self-value can develop through writing about one’s own experiences, made complex and contextualized with reflections upon those experiences. Several threads of interest converged in proposing and teaching the course: academic interest in autobiography theory, the pedagogical practice of the interactive writing classroom and the political motive to move students from anonymity to identity, both in the classroom and in their sense of themselves in society.”

The course was a huge success, with 65 students completing all course requirements, including a 15-page “collage of self” in which they offered reflections on course readings, connecting them with narratives about the students’ own lives. In their final reports about the course, many students acknowledged the bravery involved in writing about their lives and the great liberty they experienced in so doing. One student wrote: “I think I have stripped down all my fears and I feel ready to tell the story of who I am, even the unauthorized version.”

“An important motive of the Portugal project was the gesture toward developing in students a growing sense of individual worth, that their lives ‘mattered,’ said Zucker. “I suspected that the larger Portuguese culture reflected, to some extent, the diminished energy of an underdeveloped collective individualism. In this place with a ‘passion for tranquility’ I hoped the course would invigorate students sufficiently to feel that they were entitled to ask questions, to speak and to expect to be heard in a society that had kept such feelings of value under wraps.”

Zucker helped the students understand that their personal accounts of family or work life do have meaning for themselves and others. They discovered that when they reflected and provided context for otherwise mundane events, their writing became animated and conveyed meaning, thus making their stories matter.

“This was Stony Brook’s first international Writing and Rhetoric project, and I felt I was able to share some of our program’s pedagogical practices with students for whom these practices were a new and exciting opportunity,” said Zucker.

The project gained further momentum when Sandy Gageiro, a Portuguese radio journalist, became interested and attended several classes. She interviewed Zucker and several students. This past June a half-hour radio program about the course aired on a Portuguese arts radio station.

Zucker is teaching course on autobiography this semester at Stony Brook.

The Autobiography Project in Portugal was developed with support and guidance from Eugene Hammond, director of Stony Brook’s Program in Writing and Rhetoric; Nancy Squires, dean of Stony Brook’s College of Arts and Sciences; Teresa Cid and Luisa Flora, two professors from the University of Lisbon; and Miguel Vaz, Fundação Luso-Americana in Lisbon.