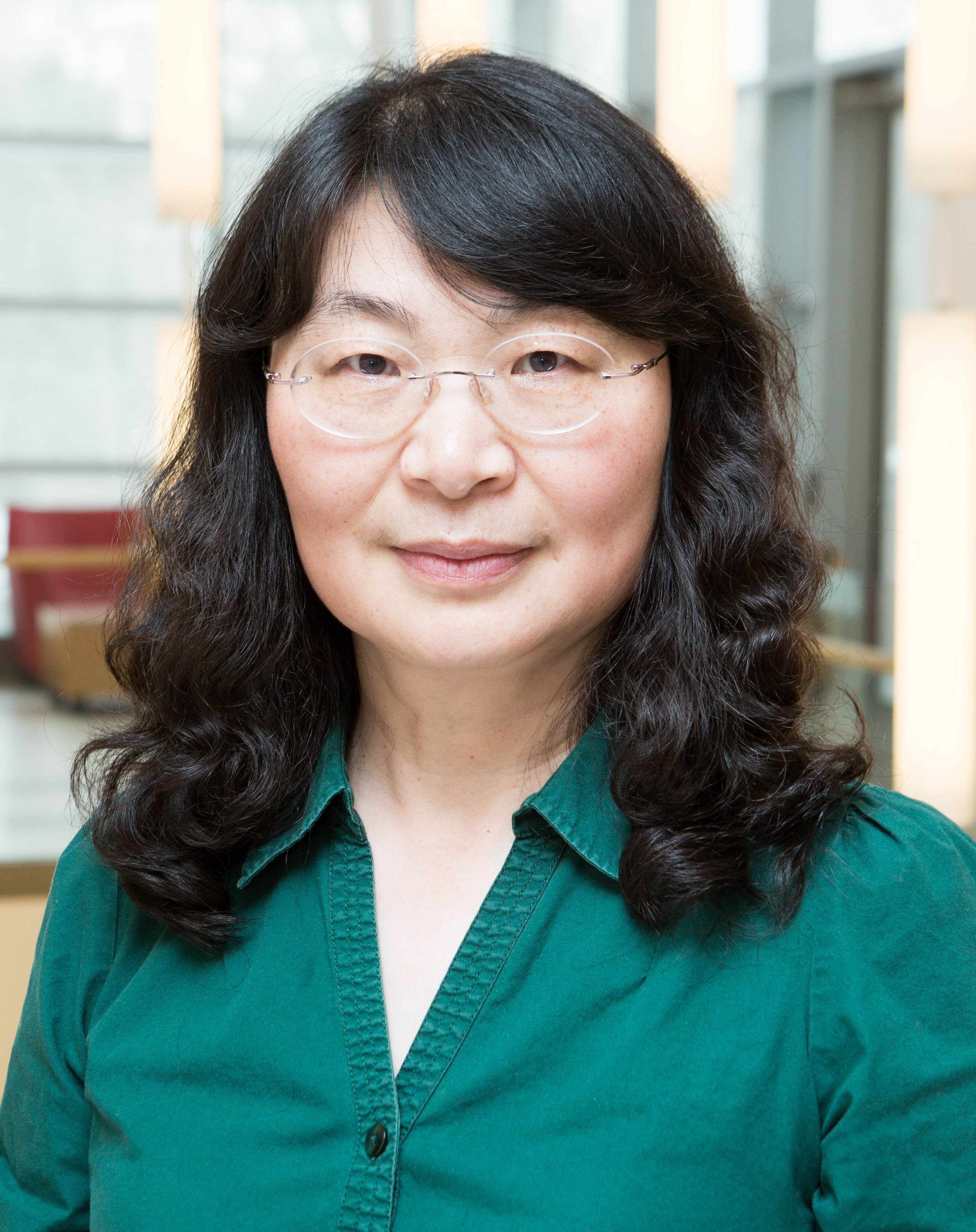 The State University of New York Board of Trustees appointed eight faculty — five of them from Stony Brook University — to the Distinguished Faculty Rank, now among SUNY’s 1,070 member Distinguished Academy.

“Stony Brook University is fortunate to be home to five new SUNY Distinguished Faculty members who provide the highest levels of thought leadership and innovation in their respective fields,” said Stony Brook University President Samuel L. Stanley Jr., MD. “Their contributions, guidance and standards of scholarship are a valued resource to the institution and to our students. On behalf of Stony Brook, I congratulate all five on this well-deserved honor.”

“Their excellent record of teaching, mentoring, scholarly publications, research and professional service have earned them these well-deserved distinguished ranks,” said Michael A. Bernstein, Provost and Senior Vice President for Academic Affairs at Stony Brook University. “In addition to their noteworthy contributions to their respective disciplines, their dedication to our students helps to foster the intergenerational transmission of the passion and skills needed to further elevate scholarship and ground-breaking research inquiry at a great research university such as ours.”

“Each member deserves our utmost respect for their significant accomplishments to research and discovery, and for being an inspiration to countless students and those within their field of study worldwide,” said SUNY Board Chairman H. Carl McCall. “It is with great pride that we can celebrate such excellence within our SUNY faculty, and to be able to honor such brilliance, dedication and hard work. Congratulations to our newest distinguished faculty.”

“For each distinguished faculty member, there is a story of an individual who pushes the boundaries of what was thought possible in research, or of someone who has influenced greater thought leadership on a national or international level,” said SUNY Chancellor Nancy L. Zimpher. “These are some of our brightest minds, and they are also some of our greatest teachers. I am proud they are a part of the SUNY family. My congratulations to this year’s honorees.”

The Distinguished Professorship is conferred upon individuals who have achieved national or international prominence and a distinguished reputation within a chosen field. This distinction is attained through significant contributions to the research literature or through artistic performance or achievement in the case of the arts. The candidate’s work must be of such character that the individual’s presence will tend to elevate the standards of scholarship of colleagues both within and beyond these persons’ academic fields. Receiving this ranking from Stony Brook University are:

Dr. London, Dean of the College of Business, has had a remarkable career combining research and practice that meet the highest level of academic excellence, and serves as a model for how social science is critical for business education. With 30 years as a university faculty member and administrator, and 12 in corporate research and management, Dr. London established himself as a prolific and highly cited scholar in the areas of leadership development, career dynamics, performance management and social entrepreneurship. He was one of the first to study multisource performance evaluations and feedback in work settings, leading to seminal publications and ubiquitous corporate applications. Dr. London’s theory of career motivation and associated research outlined how individuals’ resilience, insight and identity influence career goals and suggest structures for management development. His award-winning books and articles on performance management in changing organizations focused on creating climates to support employee learning. His book, The Power of Feedback, is now in its 3rd edition. Recognizing that much work is done in teams, Dr. London extended his ideas to how teams learn to be adaptive, generative and transformative. He has held a range of administrative positions at Stony Brook.

Dr. Smolka, from the Department of Computer Science, joined the faculty in 1982 and was promoted to full professor in 1995. He has made fundamental research contributions in a number of areas, including process algebra, model checking, probabilistic processes, runtime verification, and the modeling and analysis of cardiac cells and neural circuits. He is perhaps best known for the algorithm he co-invented with Paris Kanellakis for deciding bisimulation, a fundamental notion of equivalence for concurrent processes. His research has resulted in more than 190 publications, generating 7,630 citations with an h-index of 45. Dr. Smolka has also been principal investigator and co-principal investigator on grants totaling more than $23 million, and is the lead principal investigator on a recently awarded $4.2 million National Science Foundation (NSF) multiinstitutional grant on Compositional, Approximate, and Quantitative Reasoning for Medical Cyber-Physical Systems. He also recently served as Deputy Director of a $10 million NSF multiinstitutional grant on Computational Modeling and Analysis of Complex Systems. He was recently recognized as a Fellow of the European Association for Theoretical Computer Science, is the recipient of the President and Chancellor’s Award for Excellence in Scholarship and Creative Activities, and the Computer Science Department Research Excellence Award.

Dr. Yang, from the Department of Electrical and Computer Engineering, is internationally recognized as a leading scientist in the field of parallel and cloud computing systems and computer networks. She has made seminal contributions to this field. For her outstanding achievements, she has been elected Fellow of the Institute of Electrical and Electronics Engineers (IEEE) – the world’s largest professional society involved in all aspects of electronics and computing. Dr Yang is a recipient of Best Paper Awards and Distinguished Leadership Awards at top international conferences, and an IEEE Award for NewTechnicalConcepts. Her research has been extensively supported by the National Science Foundation and Department of Defense. Dr. Yang has served on the editorial boards of top journals in computer systems and networks, including her current service as Associate Editor-in-Chief for IEEE Transactions on Cloud Computing – the leading journal in the cloud computing field. She has served as a general chair and program chair at several major conferences, and a program committee member for numerous conferences in her field. She also serves as the Vice Chair for Computer Society IEEE Fellow Evaluation Committee.

The Distinguished Teaching Professorship recognizes and honors mastery of teaching. For this prestigious tribute to be conferred, candidates must have demonstrated consistently superior mastery of teaching, outstanding service to students, and commitment to their ongoing intellectual growth, scholarship and professional growth, and adherence to rigorous academic standards and requirements. Further, a faculty member must have attained and held the rank of full professor for five years, have completed at least three years of full-time teaching on the nominating campus, 10 years of full-time teaching in the System, and must have regularly carried a full-time teaching load as defined by the campus. Receiving this rank from Stony Brook University is:

Dr. Chandran, a member of the Department of Pediatrics, Founding Director of the David and Miriam Donoho Academy of Clinical and Educational Scholars, and Vice Dean for Undergraduate Medical Education, has a distinguished career teaching and mentoring medical students and residents at Stony Brook University’s School of Medicine. Among her accomplishments is her profound impact on the education, as well as the personal and professional development of her students; and her commitment to scholarship, leadership, professionalism, humanism and service in medicine. Dr. Chandran is recipient of the Aesculapius Award for Excellence in Medical Teaching, the President and Chancellor’s Award for Excellence in Teaching as well as the Best Teacher in Resident Continuity Clinic Award. She is a member of the Arnold P. Gold Foundation’s Gold Humanism Honor Society, and she has been recognized as a national leader in pediatrics education and educational scholarship in her role as a co-leader and co-developer of the Academic Pediatric Association’s Educational Scholars Program. She has shown tremendous leadership in curricular reform as Co-Chair of the Curriculum Committee at Stony Brook’s School of Medicine. Dr. Chandran is also Course Director for several undergraduate medical education courses.

The Distinguished Service Professorship honors and recognizes extraordinary service. Candidates must have demonstrated substantial distinguished service not only at the campus and the State University, but also at the community, regional and State levels. Further, many candidates for appointment have rendered influential service contributing at the national and international levels. Service must exceed the work generally considered to be a part of a candidate’s basic professional work and should include service that exceeds that for which professors are normally compensated. It must also extend over multiple years and, very importantly, must involve the application of intellectual skills drawing from the candidate’s scholarly and research interests to issues of public concern. Receiving this rank from Stony Brook University is:

Dr. Goldstein, serving his second three-year term as Chair of the Department of Music, has achieved an impressive record of service in the academic department, the Stony Brook University community, and the music profession in New York State, as well as in national and international organizations. In the Department of Music, he served as Director of Undergraduate Studies and Graduate Program Director. In the University at large, he has been a member of numerous important committees, including Budget and Finance, the Fulbright Committee, the Staller Long Range Planning Committee, the General Education Committee, and many others. He has chaired the College of Arts and Sciences Departmental Excellence Committee and the Distinguished Professor Award Selection Committee at Stony Brook, and has co-chaired the College of Arts and Sciences Dean Search Committee and the second Cluster Hire Committee, among others. He was the inaugural Director of the College of Arts, Culture and Humanities, and co-creator of the Seawolves Marching Band. In the music profession, he has held important responsibilities as a member of the Music Funding Panel and Program Auditor for the New York State Council on the Arts. At the national and international level, Dr. Goldstein has served as a National Advisor and a member of the Board of Directors of the League of Composers/International Society of Contemporary Music, as well as a U.S. Representative to the UNESCO International Rostrum of Composers in Paris, for which he also was an adjudicator. In addition to his service accomplishments, Dr. Goldstein enjoys an international reputation as a composer, and has received both the President’s and the Chancellor’s Awards for Excellence in Teaching. 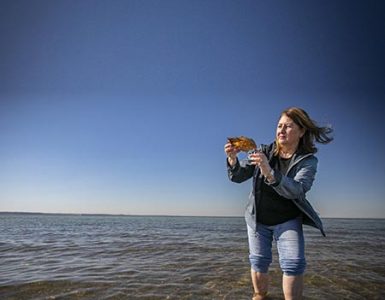