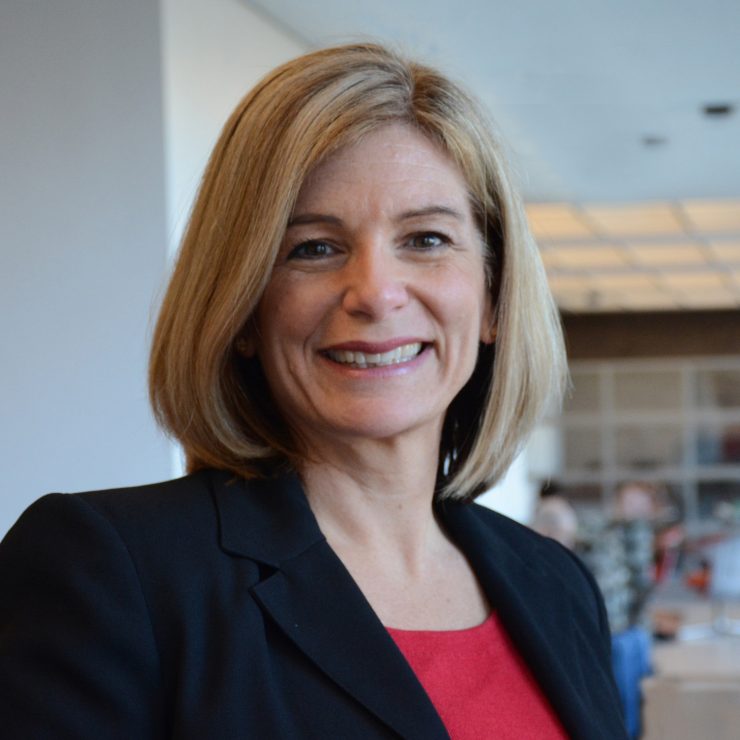 The 2020 presidential election may be the most important, and is certainly among the most contentious in recent history.

Across all of the upheavals of the past year — impeachment, a pandemic, racial unrest, and a recession, among others — new and traditional media platforms have played a major role in shaping and informing the national conversation and news cycle.

On October 30, Laura Lindenfeld, dean of the Stony Brook School of Journalism, executive director of the Alda Center for Communicating Science, and vice provost for academic strategy and planning, will take part in a WSHU Public Radio “Join the Conversation” event to discuss the role the media have played in this election cycle and what has turned into a never-ending news cycle.

“On top of all of the political controversies we’ve seen this year, 2020 has also been full of individual challenges as people lose their jobs and their security, and family members to violence or illness,” said Lindenfeld. “The stress that we are all feeling makes it more and more difficult for us to hear each other, to come together, and to find solutions as a nation. We’ve seen few messages about building unity and finding compromise, yet these are the two things that are critical for the health of our democracy and the future of our country.”

Eric Deggans, author, journalist and NPR media critic, and Lindenfeld will begin the conversation with a discussion of the current media landscape in this unprecedented election season. Their conversation will be moderated by Terry Sheridan, WSHU news director and School of Journalism instructor.

That conversation will be followed by another discussion about the ramifications of the election, and whether or not it is — as many have claimed — the most important election in American history. That panel will feature Gary Rose, professor and chairman of the Department of Government and Politics at Sacred Heart University, and Meena Bose, executive dean of Hofstra University’s Peter S. Kalikow School of Government, Public Policy and International Affairs. It will be moderated by Ebong Udoma, WSHU political correspondent.

The event, “Through the Looking Glass: An Election Like No Other,” will end with a live Q&A session with audience members.

It is free and open to the public, but registration is required. Learn more and register.