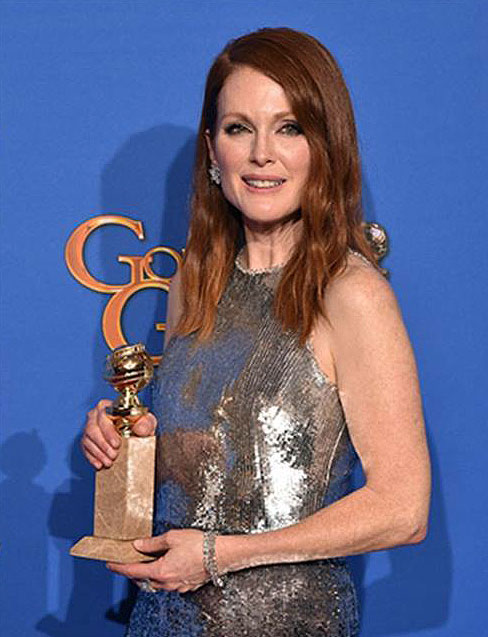 Still Alice, a movie co-produced by Stony Brook-connected Killer Films, picked up a Golden Globe for Best Lead Actress in a Motion Picture (Drama) in the annual awards ceremony televised Sunday evening. The honor went to Julianne Moore, who portrays a woman afflicted with Alzheimer’s disease in the prime of her life.

Stony Brook Southampton Associate Provost Robert Reeves recently noted that “dramatic changes in the film industry—as an art, and as a business—have opened a unique opportunity for Stony Brook to create a high-profile, innovative, MFA film program, built around an association with Christine Vachon and Killer Films, her highly regarded film production company.”

Moore has also received an Academy Award nomination for her role in the film.