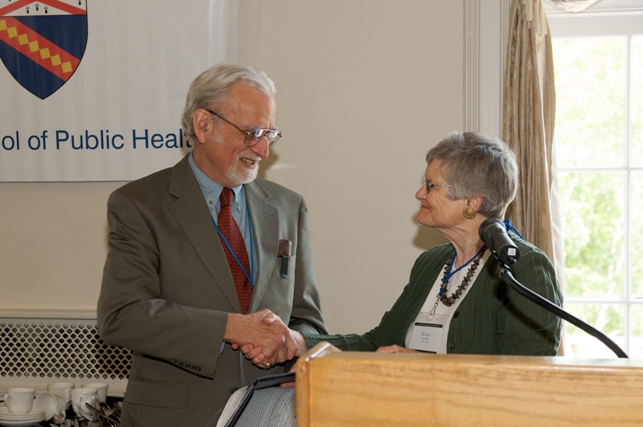 Steven Jonas, Professor of Preventive Medicine and Professor for the Graduate Program in Public Health, has received the 2010 Distinguished Alumni Award from the Yale School of Public Health. Jonas, a prolific author and researcher in health policy analysis, preventive medicine and public health, and personal health and wellness, began his academic career more than 40 years ago, shortly after earning a Master’s of Public Health from Yale in 1967.

The award, established by the Association of Yale Alumni in Public Health Board of Directors in 1988, recognizes the contributions and achievements of alumni with distinguished careers in public health as outstanding teachers, researchers, or practitioners.

Jonas, a member of Stony Brook’s School of Medicine faculty since 1971, has authored, co-authored, edited, and co-edited more than 30 books, and published more than 135 papers in scientific journals. Board certified in Preventive Medicine, he has practiced or taught at the New York City Departments of Health and Hospitals, the Albert Einstein College of Medicine, Stony Brook University, and elsewhere since 1966.

Educated and trained at Yale by Dr. E. Richard Weinerman and colleagues in health policy analysis, an example of his work in that realm is Jonas & Kovner’s Health Care Delivery in the United States. When it was first published in 1977, it was the first of its kind. A current book, for which Jonas is co-author, is ACSM’s Exercise is Medicine tm: A Clinician’s Guide to the Exercise Prescription, the official textbook for ACSM’s Exercise is Medicine® program. He is also editor-in-chief of the American Medical Athletics Association Journal.