The movie, narrated by renowned Hollywood actor Morgan Freeman, is filmed in IMAX® 3D and showcases the groundbreaking work of Dr. Wright, a Professor of Anthropology at Stony Brook University and founder of Centre ValBio, a research campus located in the rainforest of Madagascar.

“Every so often, a movie comes along and reminds us of the primacy of the pretty picture, the importance of the image in telling a motion picture story,” Moore wrote.

Dr. Wright recently received the prestigious Indianapolis Prize for her heroic and selfless dedication to protecting the lemurs, ecosystems and people of Madagascar. Raised in Lyndonville, N.Y., Wright received her baccalaureate degree from Hood College and her doctorate from City University of New York. She has held professional appointments at Duke University and Stony Brook University and is the Executive Director of the Institute for the Conservation of Tropical Environments at Stony Brook University and the Centre ValBio Research Campus in Madagascar.

Wright was awarded a John D. and Catherine T. MacArthur Foundation Fellowship in 1989 – popularly referred to as the “genius grant” – and was honored by the government of Madagascar with the National Medal of Honor in 1995, the Medaille Officier in 2003 and the Commandeur medal in 2012. Most recently, Wright has authored the book High Moon Over the Amazon: My Quest to Understand the Monkeys of the Night. Later this year For the Love of Lemurs: My Life in the Wilds of Madagascar, the second volume of her two-part memoir, will be released by Lantern Books. 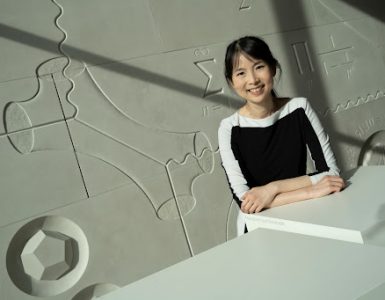 The College of Engineering and Applied Sciences posted a profile of Pei Fen Kuan, an associate professor in the Department of Applied Mathematics and Statistics (AMS), on its website, reviewing her life experiences and...

Stony Brook University hosted a panel of city and state officials to discuss how partnerships between government, universities, and industries can not only help New York State meet its climate goals, but also improve...