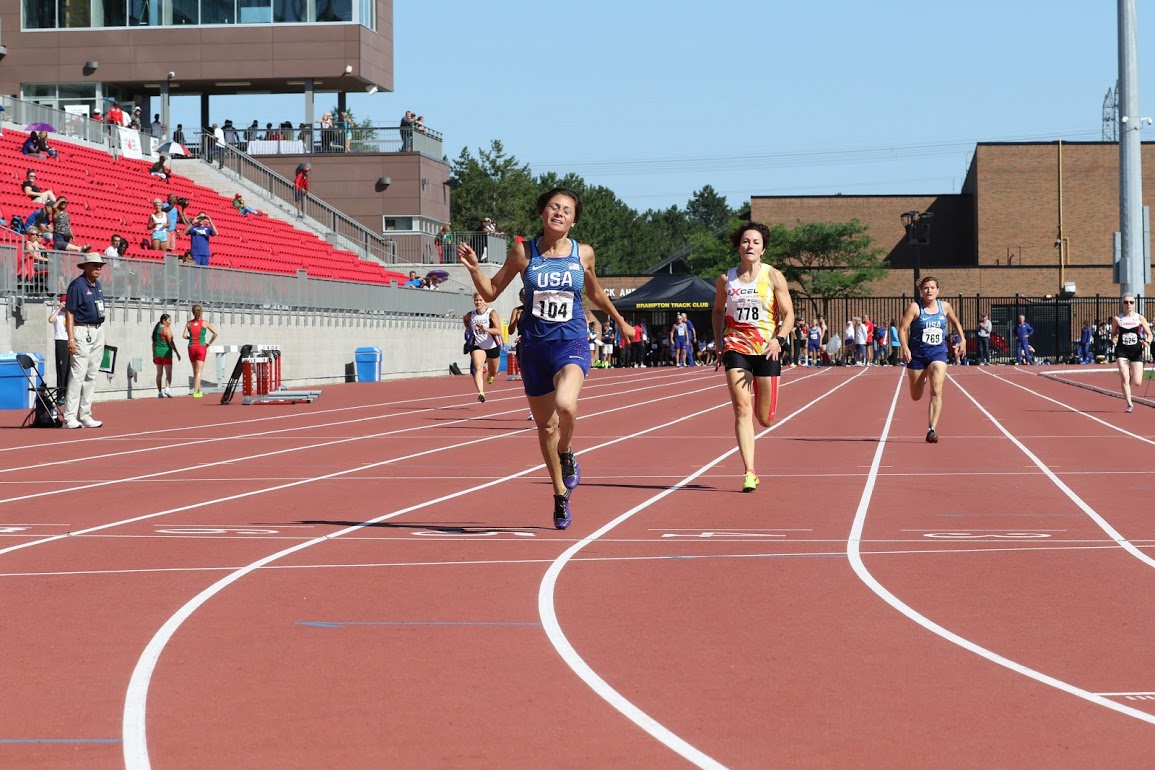 When Roxanne Brockner isn’t working at Stony Brook’s Institute of Chemical Biology & Drug Discovery (ICB&DD), she’s hitting the track and training hard. Brockner recently represented the U.S. as a member of the USA Track and Field (USATF) Masters Athletics team at the North and Central America and the Caribbean Region of the World Masters Athletics (NCCWMA) Championship in Toronto, Canada. She competed with nearly 1,000 athletes from 26 countries.

“This was my first time representing the U.S., and it sure felt very good, both for me personally and as a team, to be so successful,” she said. Brockner is the current national champion in the 400-meter indoor and last year’s 400-meter outdoor track for the W50 age group.

“Congratulations on your outstanding performance at the NCCWMA championships,” said Stony Brook University Track Coach Howard Powell. “You are an inspiration to me and the athletes on our team. I’ve watched you evolve over the past two years and have been impressed with your dedication to your training.”

Brockner works as assistant to the director of ICB&DD, Distinguished Professor of Chemistry Iwao Ojima.

The grant will fund a project by SBU's Andrew Newman that will guide 16 high school teachers through an exploration of the history of high school literature instruction in the 20th century.

Cano is part of an international team of scientists that has discovered an exotic new form of topological state in a large class of 3D semi-metallic crystals called Dirac semimetals.