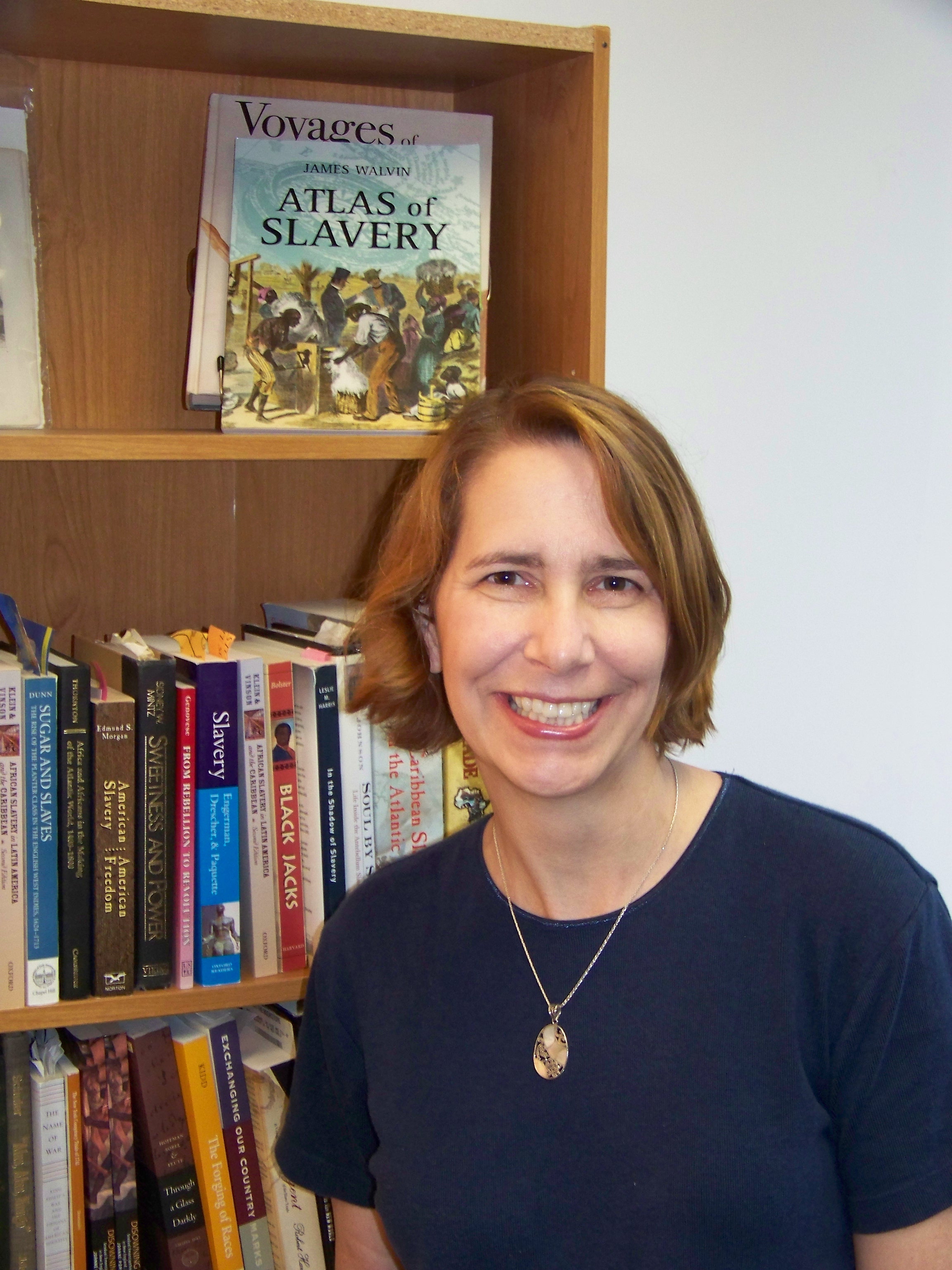 Jennifer L. Anderson, assistant professor in the Department of History, has received a coveted Emmy nomination in the category of “Outstanding Individual Achievement in a Craft: Research” as part of the research team for Traces of the Trade: A Story from the Deep North that aired on the PBS series, Point of View.

Traces of the Trade is a feature-length documentary that depicts a unique view of slavery as it existed outside of the Deep South. The film tells the true story of filmmaker Katrina Browne’s unexpected discovery that her illustrious New England forefathers, the DeWolfs, were infamous as the largest slave traders in American history. In a quest to grapple with her family’s hidden past, she and nine family members retrace their ancestors’ slave trading route from Africa to the Caribbean to the family’s elegant Rhode Island estate. In the process, they learn how the DeWolfs became one of New England’s wealthiest, most powerful families, even after the slave trade officially ended.

Anderson joined the film’s research team after hearing a presentation by producer/director Browne about how she became inspired to examine her family’s past in a film. Before leaving the lecture, Anderson offered to assist Browne with ongoing research for the documentary.

“From that first conversation, I ended up signing on as a researcher.” Anderson recalled, “I was particularly interested in helping tell this story because so many people today are still quite surprised to learn how pervasive slavery and the slave trade were in the North and how vital they were to the region’s economic success. Also, the film speaks eloquently to how important it is to remember this dark chapter in our nation’s history and how it contributed to an unfortunate legacy of racial discrimination that we are still seeking to reconcile.”

“As a historian, I contributed to the project by helping track down archival evidence of the DeWolf’s slaving activities,” Anderson said. “Our research team delved into all the family’s surviving records, including hundreds of letters, account books, and receipts. We found an extensive paper trail both of the DeWolf’s involvement in the slave trade and of the widespread network of New Englanders who contributed to their business in myriad ways.”

Anderson admitted she was caught off-guard when she received news from Browne that the film had been nominated for an Emmy. “It was quite unexpected,” Anderson said.  “Our team wrapped up the research component of the film some time ago, so it was exciting to get Katrina’s e-mail about the nomination.”

Anderson, who joined the Stony Brook faculty two years ago, specializes in Early American and Caribbean History, with a special focus on the history of slavery. Before coming to Stony Brook, she worked as a museum consultant at numerous historic sites and museums in the New York region that had ties to Northern slavery. She received the Society of American Historians’ 2007 Nevins Prize for Best-written Doctoral Dissertation on an American Subject for her dissertation, “Nature’s Currency: The Atlantic Mahogany Trade, 1725-1825.”

Information on Traces of the Trade: A Story from the Deep North, including how to find public screenings or purchase a copy of the documentary, can be found at www.tracesofthetrade.org

Paul M. Goldbart, dean of the College of Natural Sciences at The University of Texas at Austin (UT Austin) and a distinguished theoretical physicist, will become Stony Brook University’s next executive vice president...

The novel has arrived on the big (and small) screen with the June 5 release of the film of the same name, starring Elisabeth Moss as author Shirley Jackson.