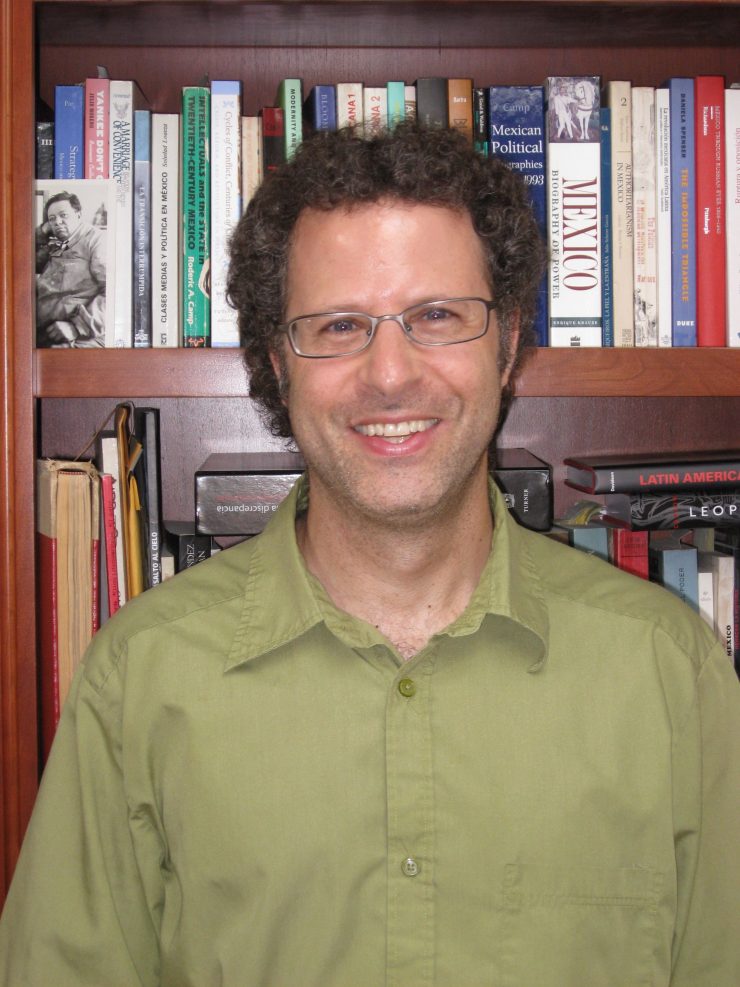 Eric Zolov, an associate professor in the Department of History at Stony Brook University, has been selected by the Fulbright Scholars Program to teach at the Pontificia Universidad Católica in Santiago, Chile, next academic year. The Fulbright Scholars Program is for applicants who already hold PhD’s to conduct research, teach, or both in cooperation with an overseas university.

Zolov will be teaching a graduate-level seminar on “The Global 1960s” — also the subject of his forthcoming book, The Last Good Neighbor: Mexico in the Global Sixties, which will be published by Duke University Press. The course in Chile will ask students to analyze and write about the interconnectedness of youth protest, mass consumption, geopolitics, and political ideologies across national boundaries during the exceptionally complex period of the 1960s.

At Stony Brook this semester Zolov is teaching a graduate course on this same theme, so the class in Chile will build upon his approach, with the addition of Spanish-language texts and a greater focus on Latin America. The Pontificia Universidad Católica is Chile’s most prestigious university and among the top-ranked institutions of higher learning in all of Latin America.

Zolov’s first book, Refried Elvis: The Rise of the Mexican Counterculture (1999), explores the transnational dimension of youth culture in the 1960s and led to his later work on this topic. He has edited and co-edited four collections on the topics of US-LA relations and Mexican/Latin American popular culture, and in more recent years helped to establish the emerging field of Latin America in the Global Sixties.

Professor Zolov is also director of Latin America and Caribbean Studies at Stony Brook. He is former senior editor of The Americas and editor, most recently, of Iconic Mexico: An Encyclopedia from Acapulco to Zócalo (2015).