History of Universe Could Be Upended by New Findings 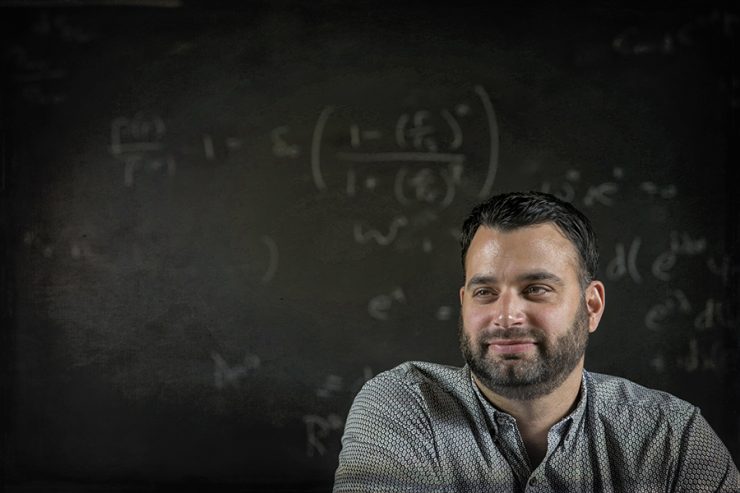 StonyBrook-led research suggesting an alternative history of the universe has been published in the latest edition of Physical Review Letters.

The research, funded in part by the National Science Foundation and the Department of Energy, is led by Patrick Meade, PhD, Associate Professor in the C.N. Yang Institute for Theoretical Physics at Stony Brook University and his former PhD student, Harikrishnan Ramani.

Till now, the history of the universe has been predicated on the idea that, compared to today, the universe was hotter and more symmetric in its early phase. Scientists have thought this because of the “Higgs Boson” finding—the particle that gives mass to all other fundamental particles. The concept is that as one analyzes time back toward the Big Bang, the universe gets hotter and the Higgs phase changes to one where everything became massless.

Meade’s team proposes a theory beyond the Standard Model of particle physics that describes how electroweak symmetry is not restored at high temperatures. If correct, this would lead to many potential consequences during the development of the universe, such as other phases of matter, particles staying massive in primordial plasma, and new possibilities for explaining the matter-antimatter asymmetry.

The theory also highlights how the history of the universe could be very counterintuitive compared to many phenomenon on earth that demonstrate symmetry restoration.