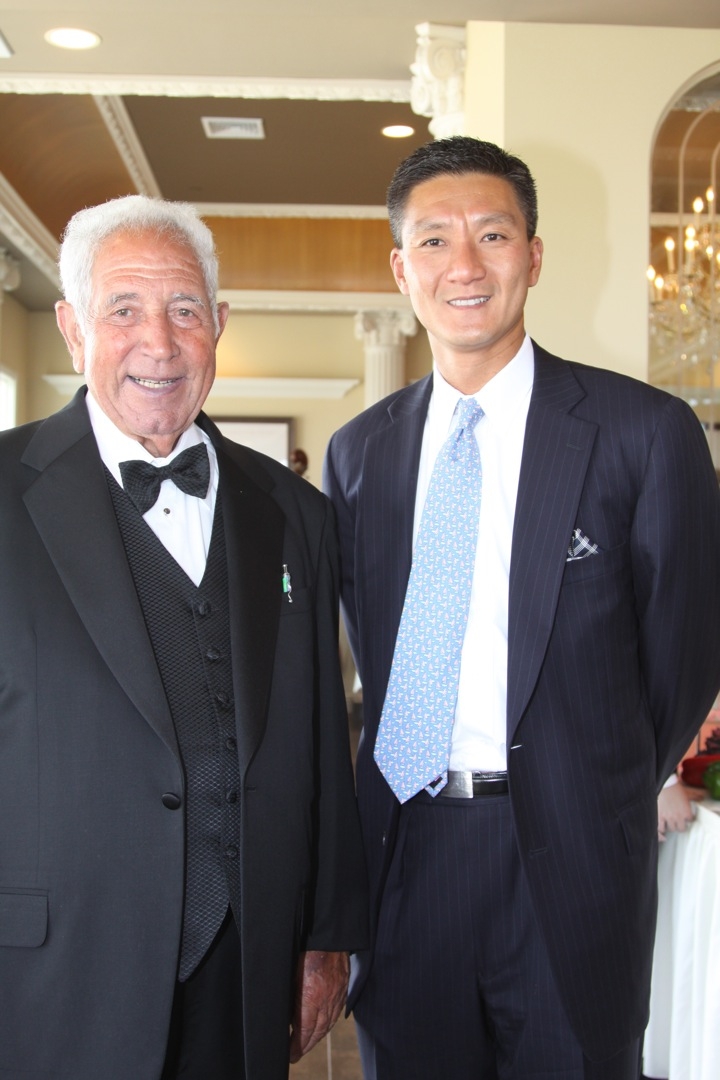 When Angela and Filomena Lombardi of Lombardi restaurant fame noticed their father Filippo was losing dexterity and strength, and he requested a nurse assistant to help him with his daily routine, they urged him to see a doctor, which he shrugged off, attributing his loss of mobility to old age. As his strength and dexterity continued to deteriorate, they felt it was something much more serious and decided to bring him to Stony Brook University Medical Center.

Verification that they made the right decision came after a diagnostic MRI and CT angiogram indicated Lombardi was experiencing strokes secondary to a severe narrowing in his carotid artery. Henry Woo, a cerebrovascular neurosurgeon, was able to restore blood flow to his brain by placing a stent across the offending lesion.

“My father was very anxious because he had to remain awake during the operation, and he doesn’t speak English,” remembers Filomena Lombardi. Woo allowed Filomena and Angela to remain by their father’s side during the entire operation to translate what was happening. “Dr. Woo is not only a phenomenal doctor,” said Filomena, “he’s also a phenomenal person. We knew the moment we met him that we were in capable hands.”

The experience inspired Filomena Lombardi to become a member of the newly formed SBUMC Development Council and to honor Woo during last month’s opening celebration of the family’s new Patchogue restaurant, Lombardi’s on the Bay.

Woo belongs to an elite group of only 41 surgeons nationwide who are trained in both traditional and noninvasive techniques. With his team at the SBUMC Cerebrovascular Center, Woo is pioneering groundbreaking research and treatments for strokes and aneurysms.

“I just can’t say enough or do enough for the Medical Center or Dr. Woo,” said Filomena, “and I want to be part of the exciting work that’s going on there.”