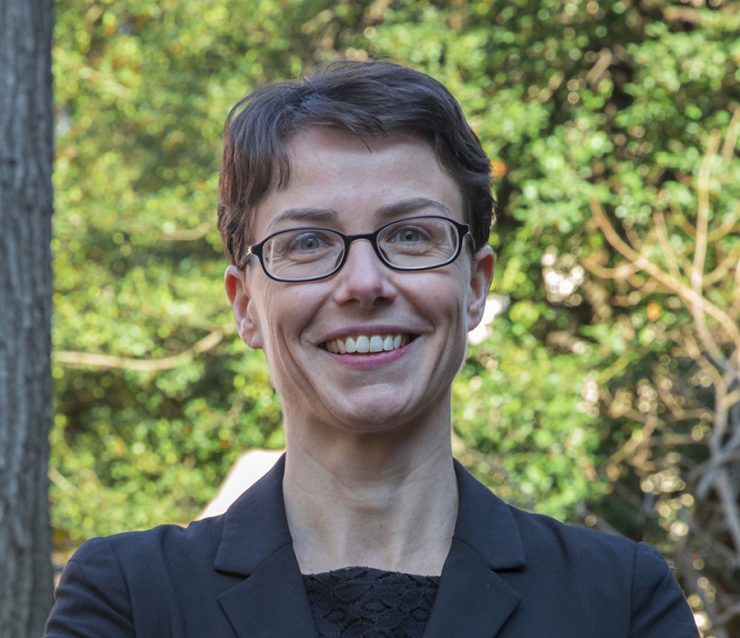 The American Association for the Advancement of Science (AAAS) has selected Stony Brook University Professor Heather Lynch as one of 12 researchers in the area of artificial intelligence (AI) to be a 2020-2021 AAAS Alan I. Leshner Leadership Institute Public Engagement Fellow. Lynch, Institute for Advanced Computational Science Endowed Chair for Ecology & Evolution, was chosen for having demonstrated leadership and excellence in her research career and for her interest in promoting meaningful dialogue between science and society.

AI focuses on developing and studying machines and algorithms that augment or mimic human abilities, learn from and adjust to new situations, and perform tasks. As a quantitative ecologist whose research focuses on the population dynamics of Antarctic wildlife, Lynch uses AI to study penguins, among other species.

“Communicating with the public about penguins is pretty easy, but explaining AI? That’s quite a bit harder,” said Lynch. “I am particularly interested in the AAAS Leshner Fellowship and its focus on AI because the potential for AI to revolutionize the way we study the planet is almost unimaginable . . . and yet ecologists like myself often struggle to explain AI to non-scientists or to address the very real ethical concerns posed by satellite-based monitoring.”

Lynch has pioneered the use of satellite imagery for studying the distribution and abundance of Antarctic seabirds and published the first Antarctic-wide satellite-based surveys of both Adélie penguins and Antarctic petrels. More recently, her research group has been developing computer vision-based tools for annotating satellite imagery for penguins, pack-ice seals, and whales. She co-leads an NSF-funded program to train graduate students to work at the science-policy interface.

The AAAS Leshner Fellows will meet in June 2020 at AAAS headquarters in Washington, DC, for a week of intensive public engagement and science communication training, networking and public engagement plan development. They will use these tools and networks to increase the impact of their engagement activities and their capacity for public engagement leadership.