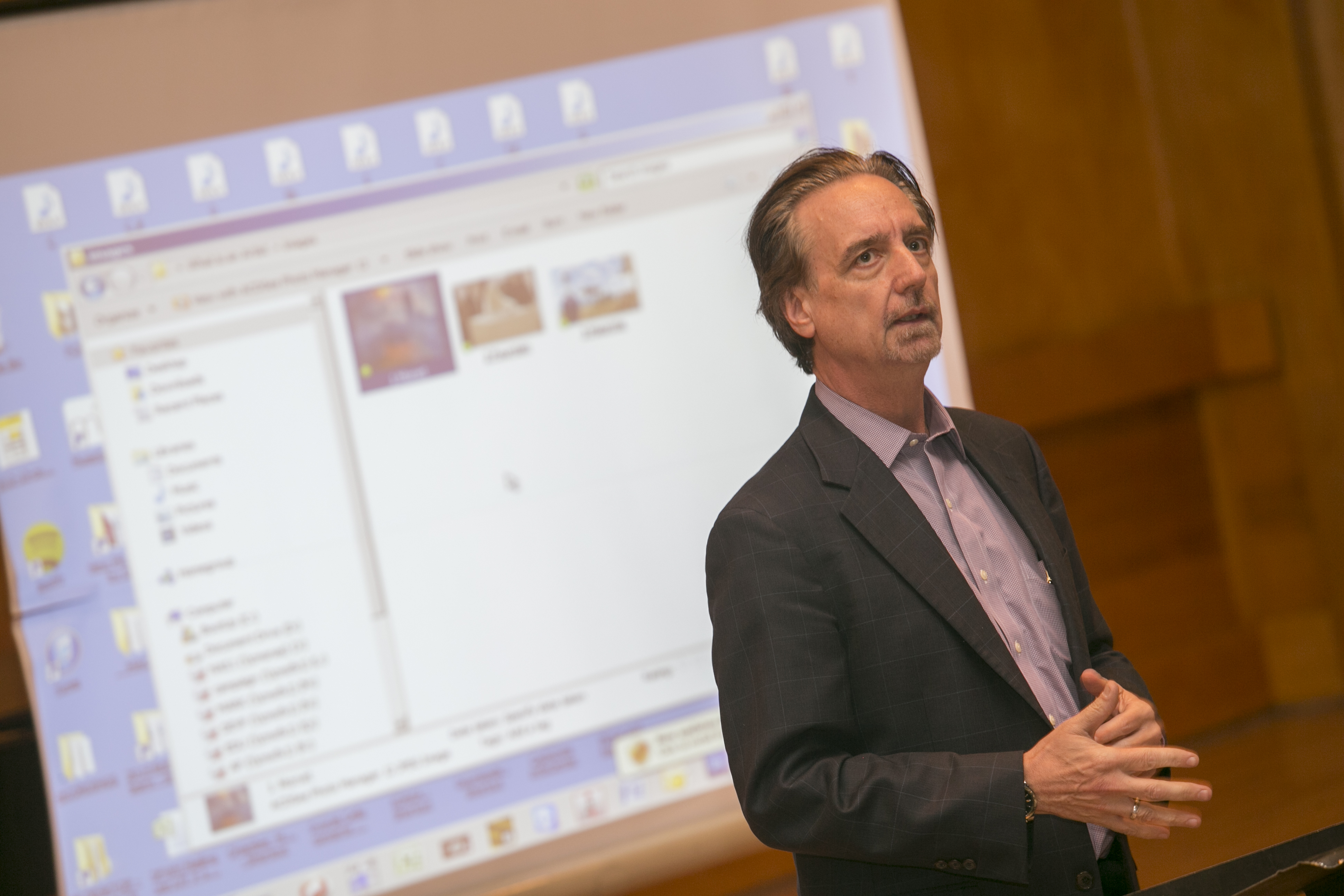 Finckel, currently the co-artistic director of The Chamber Music Society at Lincoln Center, is collaborating with the University’s Department of Music to provide distinct, targeted initiatives for graduate students on the art of building and maintaining a career in the performing musical arts.

The project consists of four unique initiatives that address the full range of issues in artistry and professionalism in classical music performance: Career Seminars, Immersive Chamber Music Study, Ensemble Workshops and Repertoire Classes. Finckel is exploring these initiatives, titled Residence Days, during six visits to the campus throughout the current academic year on September 18, September 30, November 20, February 3, March 10 and April 21.

At the core of the project are seminars titled, “Being a Musician,” in which Finckel tackles issues central to navigating the volatile professional market, with topics such as “What is an Artist?” and “Performing.”

“We will observe the human qualities, habits and skills of successful musicians and attempt to discover and nurture those attributes within ourselves,” said Finckel. “It’s more about trying to make sure that people become really interesting artists and are inspired in such a way that the industry is attracted to them rather than the other way around.”

Finckel’s approach is born out of his experiences as one of the most sought-after cellists in the industry, along with his entrepreneurial efforts in the founding of a successful independent record label, ArtistLed.

In addition to career-focused seminars, other initiatives will include immersive chamber music study, where Finckel guides two premier student ensembles through the preparation of a single work.

Another initiative puts Finckel in the center of the student ensemble during which he sits in as the cellist with student groups for an intensive hour of rehearsal to offer students real-time learning with a professional.

Capping off the Residence Days are cello repertoire classes, in which Finckel coaches cello and piano duos through the seminar sonatas of Beethoven and Brahms, works that form the core of Finckel’s respected duo with his wife, pianist Wu Han.

“David’s departure from the Emerson Quartet and retention by the Department of Music allow us to reconsider some of the many ways he could be of value to our students,” said Perry Goldstein, chair of the Department of Music. “Every person I spoke with about the wide range of expertise David is offering our students was enthusiastic about his knowledge and success in the professional music world. Here’s an artist of the highest accomplishment who also thoroughly understands, and has been an innovator, in the industry.”

“I think this is the time of life I should take on new projects,” said Finckel. “It’s exactly what I wanted, to challenge myself in new ways.”

George England, a Stony Brook graduate student working toward his DMA, sat in on the first two classes and said, “So far we’ve reflected on what attracted us to music and how to create that initial spark that may resonate with others. David Finckel has helped us recall our individual paths in a way that meets our personal artistic and professional goals. My path, like many classical musicians, involves both teaching and performance. I came to Stony Brook from Los Angeles where I taught as an adjunct lecturer and worked as a performer and guitar instructor. I think the fact that the University is offering this course shows how daunting the job market for musicians appears for students and professors. It is a unique opportunity to meet with David Finckel and broach the subject of the elephant in the room — the fact that there are not many jobs available and once students are finished with school, the ‘real world’ forces us to be open-minded, improvisational, creative, and of course, hard-working. Finckel approaches it in a very positive way — attitude has a huge impact on how one adjusts to change — and it is refreshing and inspiring to listen to these lectures and apply the ideas to our individual paths.”