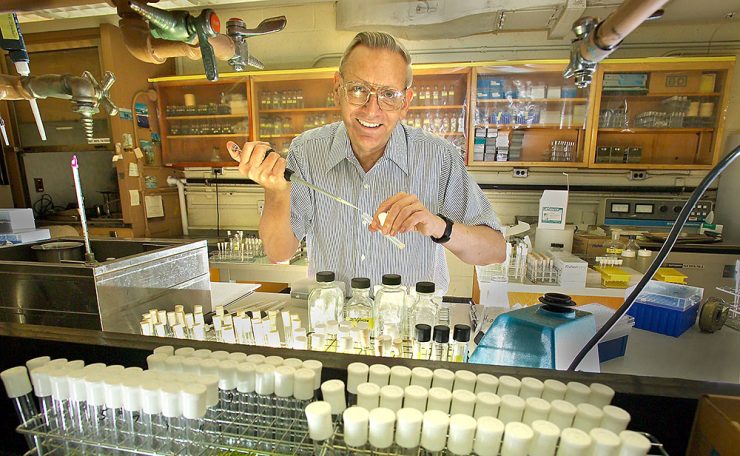 The first two vaccines approved for battling COVID-19 in the United States use a relatively new approach — injections of simple packets containing mRNA, a genetic material that instructs our cells to make coronavirus spike proteins. But the technology for generating sufficient amounts of those mRNA packets dates back to the 1980s, when F. William Studier, a former adjunct professor of biochemistry at Stony Brook University who was, at the time, also a senior biophysicist at Brookhaven National Laboratory, developed a way to harness the molecular machinery of a very different virus.

In the 1980s Studier, the late senior scientist John Dunn, and their group in Brookhaven Lab’s Biology Department completed sequencing and annotating the genome of the T7 bacteriophage. T7 is a virus that infects E. coli bacteria and commandeers those cells to make copies of the virus. Having the complete genome sequence helped the scientists understand how T7 genes and other elements work together to reproduce many copies of the virus.

Shortly thereafter, Studier and his team found a way to direct T7’s prolific copying capability toward making things other than more T7s. They cloned the T7 RNA polymerase — the enzyme that transcribes DNA genes into messenger RNA (mRNA), which instructs cells which amino acids to link up to build a particular protein. The team then used this T7 RNA polymerase along with a powerful T7 promoter (a genetic element that serves as a “start” signal for gene transcription) to produce large amounts of RNA from almost any gene. These RNAs could be used directly, such as in mRNA-based vaccines, or delivered to ribosomes (cells’ protein-making factories) to be translated into proteins, as in the T7 expression system.

At manufacturing plants run by Pfizer/BioNTech and Moderna, T7-derived promoters and enzymes crank out kilograms of spike-protein mRNA at a time — leaving our own cells to do the protein-making part after a dose of instructions is injected into our arms.

“T7 was not a well-studied bacteriophage when I came to Brookhaven in 1964,” Studier said. “I was using it to study properties of DNA and decided also to study its molecular genetics and physiology. My goal, of course, was to understand as much as possible about T7 and how it works.”

Cloning the gene for T7 RNA polymerase in 1983 was particularly difficult, Studier noted.

“Others had tried and failed. Companies had asked me if we had it,” he said. “We had the DNA sequence then, and I thought that I understood why the cloning had failed and how to remedy the problem.”

Studier worked with others at Brookhaven Lab — Parichehre Davanloo, then a postdoctoral fellow, and Alan Rosenberg, a senior lab member — to tackle the challenge. Dunn purified the T7 RNA polymerase and showed that it produces large amounts of RNA. Barbara Moffatt, then a graduate student, worked with Studier to turn these discoveries into the T7 expression system.

“The Brookhaven Lab patent attorney knew what we were doing and we filed what I think was the first patent at Brookhaven under the Bayh-Dole Act” — a law passed by Congress in 1980 that allowed institutions and grant recipients to patent and license rights to inventions stemming from government-funded research, Studier explained.

The rest is history. The T7 expression system went on to become Brookhaven Lab’s most successful technology, with research labs around the world using it and hundreds of companies licensing the technology to make products. And although the patents have now expired, T7 is still the go-to system for biochemists everywhere.

“I had wondered casually if T7 RNA polymerase might be involved in making the RNA vaccines,” mused Studier. “Basic research is almost always useful, and I’m pleased that my work has been helpful in obtaining powerful vaccines against this pandemic.” 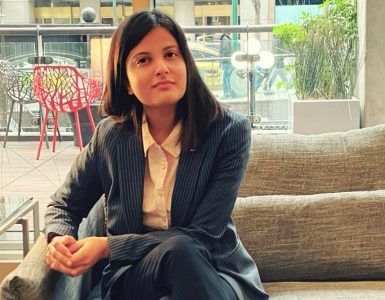 Doodling during class is something virtually every college student has done. For the vast majority, it’s a mindless activity to pass a few pre-occupied moments. For PhD candidate Kay Sohini Kumar, it opened a door that...