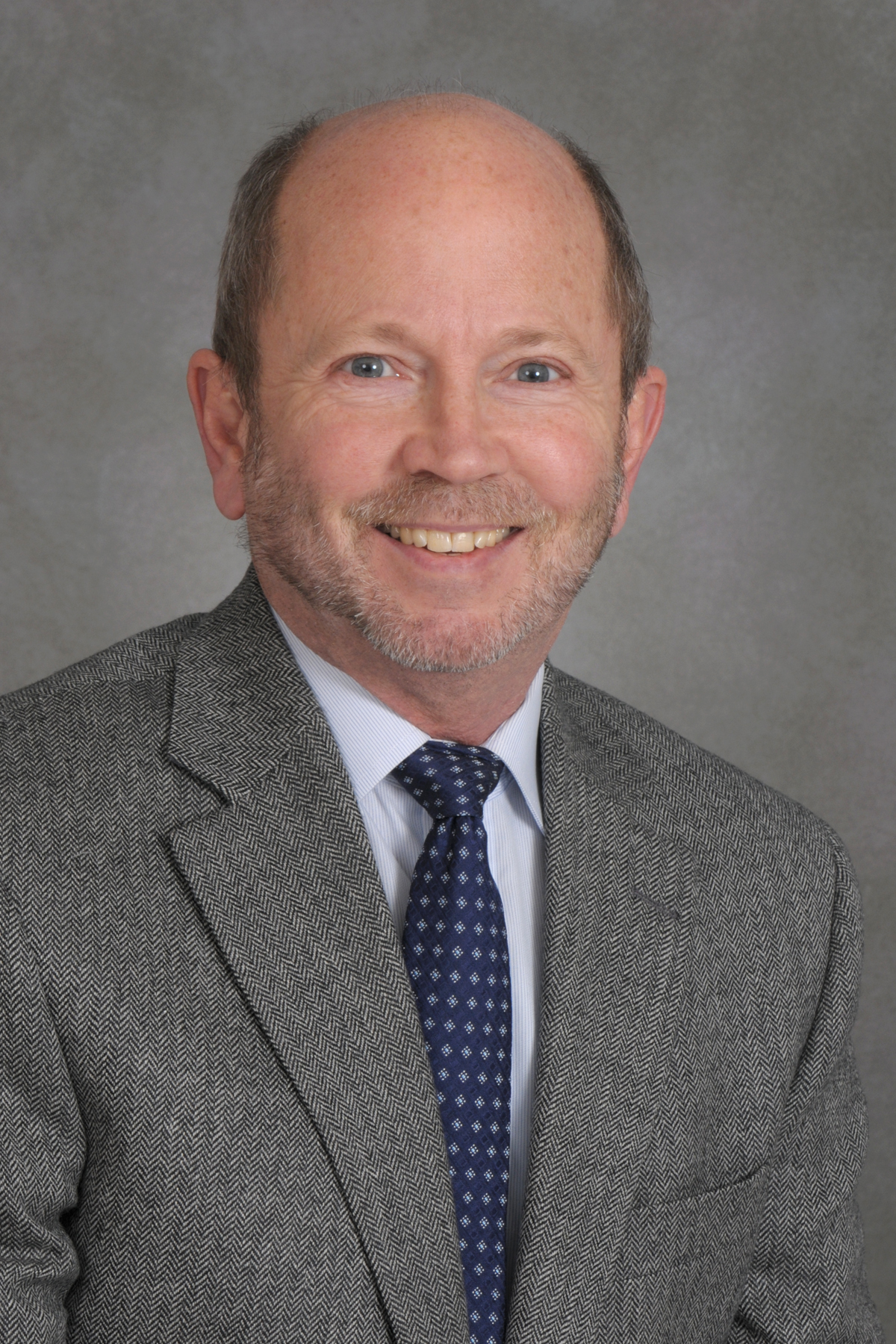 For 10 years Bob Crease, professor and former chair of the Department of Philosophy, science writer, and historian of Brookhaven National Laboratory, played with the idea of turning an article he wrote about a real-life incident into a drama about the conflicting perspectives of politics and science. Last fall, when he noticed an email from the Simons Center for Geometry and Physics putting out a call for playwrights to enter the Stony Brook University Science Playwriting Competition, Crease seized the opportunity. The contest had two stipulations: Entries had to have a substantial science component, and they had to be kept to just 10 minutes.

Crease’s play — Trust Territory — won first prize of $500. On April 10 the Simons Center will present a staged reading of the play, along with readings of the three other winning entries. Crease recently spoke about his play, the difficulties of keeping it to 10 minutes, and about his work as a philosopher, writer and historian.

Q: What is Trust Territory about, and what attracted you to this competition?

The play is about the collision between politics and science.  It was inspired by an episode I came across while working on the history of Brookhaven National Laboratory, in which scientists and activists had completely different perspectives on a life-or-death situation, though my plot is completely different. The episode took place in the Marshall Islands, which were officially a “Trust Territory” of the United States, and involved the aftermath of an incident where fallout from a bomb blast accidently exposed some Marshallese. About 10 years ago I wrote a scholarly article discussing the episode, but I remember thinking that I did not do the situation justice, and that the only way to do it justice was to write a play. Only in a play, I thought, could you really show how and why the scientists and activists have such different perspectives.  I kept putting it off.  I’d never written one before, didn’t really know how, and kept being seduced by distractions. One day last November an email from the Simons Center dropped into my inbox announcing the competition, and I thought, “Now or never!  It’s only 10 minutes!  I can do that!”

Q: How much of a challenge was it to write a 10-minute play?

Turns out I couldn’t really do it, or not as easily as I thought. I wound up rewriting this little 10-minute play almost every day for weeks. I happen to know a playwright, and asked him how to write a play.  He gave me some basic principles, which were very useful, and suggested some plays to watch on DVD for their structure — including The Heiress, telling me to watch out for how the final twist is set up.  That was very helpful.

While I was a graduate student at Columbia University in the 1980s, getting my PhD in philosophy, I began writing articles about scientific topics with my Amherst College roommate, Charles C. Mann.  We wrote an article about Brookhaven, as it happens, that appeared in The New York Times Magazine in 1982.  Later, we wrote for the The Atlantic together and ended up collaborating on a book about modern physics, The Second Creation: Makers of the Revolution in 20th Century Physics (Macmillan 1986).  Mann has gone on to become a celebrated science writer, with best-sellers such as 1491 and 1493.  It wasn’t until I got to Stony Brook that my research and writings turned to philosophy of science.

Q: Your science writing seems to align with what the Center for Communicating Science does. Do you have any involvement with the Center?

It wasn’t in existence when I first came to Stony Brook. But they’ve had me read some Flame Challenge submissions. In 2000, I began to write a column, titled “Critical Point,” on the social dimensions of science for Physics World, an international science magazine published in London, and a few years ago I wrote a column about the Center.

Q; Please talk a little about your interest in the connections between philosophy and science. How do they connect?

Q: How important is it to ask the right questions in both philosophy and science?

Q: Speaking of getting the right answer, in 1985 the late Nobel Prize-winning physicist Richard Feynman basically kicked you out of his office when you were interviewing him for The Second Creation and asked him a question he didn’t like. What did you take away from that encounter?

A lot; I wrote a column about that encounter, too.  For the first part of the interview, Feynman had been curious about what I wanted; he wanted to learn himself.  Then I asked a question that he thought indicated I was on the wrong track.  I suddenly went from scholar to scribbler in his mind. He abruptly lost interest, declared the interview over, jumped up and left.  In that instant, witnessing his curiosity vanish, I realized this had nothing to do with me, nor with contempt for outsiders, nor with scorn for history.  Instead, it had everything to do with Feynman’s utter absorption with his own work — the same kind of absorption that made him a great physicist.

Q: What does your work at Stony Brook center on? Can you describe it in a nutshell?

I work mainly on philosophy and history of science and technology.  But also aesthetics and performance theory.

Q: Can you briefly explain your interests in performance theory, expertise and trust?

I’m interested in performance theory because scientific experiments are a kind of performance; that is, they are events that we stage to make something happen so that we can find something out that we wouldn’t have access to otherwise  — by reading more books, say.  Science also depends on trust, a dimension that is rarely spoken about; a scientist has to trust techniques, data, other researchers, mentors and so forth. Expertise is the other pole of trust; what one trusts are the experts.  But what are trust and expertise?  These are philosophical questions…..

Q: You are also the science historian at Brookhaven National Laboratory. Talk a little bit about your work there.

Historically speaking, Brookhaven is one of the most important U.S. science institutions.  It was one of the first three national laboratories — which were a new node in the U.S. science enterprise — and the only national laboratory at the time entirely devoted to basic research. It is an important institution to study.  In 1999, I published a book on the first 25 years of Brookhaven’s history — Making Physics — and am working on a book about the next 25 years. I’ve also written several articles for science history journals about aspects of BNL’s history. I’m also editing a book of [former Stony Brook President] Jack Marburger’s writings about science policy.

Q: You are co-founder of the Laboratory History conferences, which have been held every couple of years since 1999. What is the aim of these conferences?

I founded the conferences right at the time that Making Physics was published.  My thought was that laboratories are highly unusual institutions — they are highly vulnerable to changes in science, politics, economics, technology, leadership and community reception, among other things. I wondered if anyone else had these thoughts, and I sent out a call among historians to see if anyone else shared them.  To my surprise, many people did, and the group has met about every two years ever since. The group is highly interdisciplinary, and includes historians, American historians, scientists, engineers, philosophers and literary scholars, among others.  The aim of the group is to collect people studying various kinds of laboratories and try to understand better how laboratories work.

Q: What about your work outside of Stony Brook?

I write a monthly column for Physics World magazine. Hard for me to believe, but in May I will have been doing it for 13 years. I am also on the Executive Committee of the American Physical Society’s Forum for History of Physics, and I edit the Forum’s newsletter. To hold everything together, I take African dance classes twice a week, as I have done for years. About two decades ago, I appeared in the background (as an extra) in a dance scene from the Spike Lee movie Malcolm X.  But that’s another story….

Q: Your connections to jazz and dance are enough for a whole other interview. For now, one last question: Any thoughts on turning your play into a longer work?

I’d like to, if this works out in readings and performance. There’s certainly enough material. What I tried to do in the play was to create an episode in which the audience can not only see that there is an impasse between scientists and activists/politicians — but in a way so that scientists in the audience can understand why the activists/politicians onstage are behaving as they do, and so that activists/politicians in the audience can see why the scientists onstage are behaving as they do. This is the kind of work, I think, that is essential for the humanities to carry out in the 21st century.  It is a huge opportunity for the humanities — if we don’t do it we are missing out and risk becoming irrelevant —and there ought to be more initiatives in this vein at Stony Brook and elsewhere.

The Stony Brook University Science Playwriting Competition’s second prize of $150 went to Les Hunter, a PhD student from the Department of English, for his play Entanglement. Two plays — Effect Size by Heather-Ayn Indelicato, staff psychologist in Counseling and Psychological Services, and Discontinuities by Bryan J. Field, a physicist from the Department of Physics and Astronomy — tied for third prize, winning $50 each.

Readings of all four winning plays will immediately follow a 6 pm reception at the Simons Center on Wednesday, April 10. All are welcome.