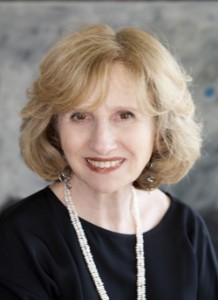 Eva Feder Kittay of Stony Brook University and Anita Silvers of San Francisco State University are the first scholars to receive the Martin R. Lebowitz and Eve Lewellis Lebowitz Prizes for Philosophical Achievement and Contribution. Kittay is Distinguished Professor of Philosophy in the College of Arts and Sciences.

The prizes are awarded by Phi Beta Kappa in conjunction with the American Philosophical Association. Each winner receives an honorarium of $10,000.

Kittay and Silvers will present their award-winning work during the symposium “Expanding Justice, Including Disability” at the Eastern Division American Philosophical Association this December.

Kittay described their work together as a new area for an ancient field of inquiry, one in which the able body and capable mind have been taken as givens.

Eva Kittay and Anita Silvers both earned bachelor’s degrees from Sarah Lawrence College in the 1960s, before a Phi Beta Kappa chapter had been established there. Kittay began college a year or two after Silvers graduated, so they did not know each other until they met later, as philosophy professors, and discovered they had a common interest in disability studies.

“We first engaged in interactive discussion during an NEH Summer Seminar about a decade ago,” Silvers recalls. “Each of us is now working on a book that reflects a decade of development of our philosophical views.”

Both philosophers write about theory of justice and disability informed by their life experiences. Silvers was severely disabled by polio as a child, in the last epidemic before the Salk vaccine. At Sarah Lawrence, and later, she participated in various civil rights activities for racial justice, not even daring to imagine that people with disabilities also could gain recognition of their civil rights. Kittay is the mother of a severely cognitively disabled daughter and so approaches the topic from a different standpoint.

“I want to thank the APA, Phi Beta Kappa, and the Lebowitz family for this wonderful honor,” said Kittay. “I am so pleased and grateful that Anita’s and my work on philosophy and disability are being recognized.”