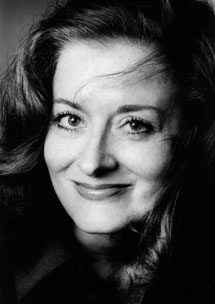 World-renowned mezzo-soprano Elaine Bonazzi, who is retiring after being a member of Stony Brook’s Department of Music for many years, will be honored on Saturday, May 12, 2012, at 3:00 pm in Staller Center’s Recital Hall. The concert is open to the public and admission is free.

The recital features several distinguished former students, including internationally acclaimed soprano Christine Goerke and mezzo-soprano Deanne Meek. Tributes will be paid to Bonazzi by leading members of the world’s opera community including Brian Kellow from Opera News as well as some of her Stony Brook colleagues, including opera conductors Timothy Long and David Lawton, and Department Chair Judith Lochhead.

The program will include the world premiere of three songs on poems by Edna St. Vincent Millay dedicated to Bonazzi and composed by Sheila Silver for this occasion. Other participants include Bonazzi’s current and former students Risa Renae Harman, Kathleen Flynn, Gloria Park, Greta Feeny, Mariane Lemieux and Seung Hee Lee. This group of singers together with Goerke and Meek have performed on most of the world’s important opera stages including The Metropolitan Opera, San Francisco Opera, English National Opera, New York City Opera, La Scala, Santa Fe Opera and Paris Opera, among many others.

Bonazzi’s career has been extraordinary. Called “a fantastically gifted actress and singer” by The Washington Post, she earned a singular reputation for her vivid and memorable portrayals on the opera stage. She has presented more operatic premieres than any other living American singer; she has been personally selected by eminent composers, including Igor Stravinsky, Copland, Carter, Sondheim, Argento, Chavez, Menotti, Rorem and Thomson to perform their works.

As an oratorio and orchestral soloist, Bonazzi was one of the leading mezzos of her generation and was equally at home on the recital and concert stage. She made her debut in Santa Fe in 1958 in the role of Meg Page in Falstaff. In Santa Fe, over the next 35 years, she sang everything from the title roles in Carmen, Regina, and The Grand Duchess of Gerolstein, to important roles in the American premieres of Berg’s Lulu, and Hindemith’s News of the Day (with Hindemith conducting).

It was at Santa Fe that she began her long association with Igor Stravinsky when she played Baba the Turk in The Rake’s Progress in a production supervised by the composer. She was subsequently chosen by Stravinsky for a number of premieres, including The Requiem Canticles, which she recorded, and Le Rossignol at The Washington Opera, which she also recorded. At New York City Opera, Bonazzi made her debut in Ned Rorem’s Miss Julie, and she was cast by Stephen Sondheim as Mrs. Lovett in his Sweeney Todd, and Madame Armfeldt in A Little Night Music. Other American companies with which Bonazzi appeared included the Metropolitan Opera at the Forum, and the companies of Boston, Philadelphia, San Francisco, Baltimore, Pittsburgh, Cleveland, Houston, Minnesota, Cincinnati, Wolf Trap, Seattle, and Dallas.