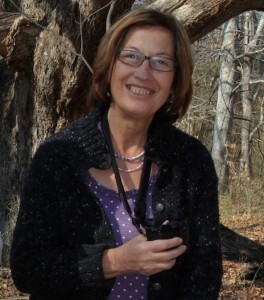 Stony Brook University PhD student James Herrera has been awarded the prestigious Explorer Club Eddie Bauer Youth Grant of $25,000. Since Herrera is currently in Madagascar doing fieldwork, his professor, Patricia Wright, accepted the award on his behalf at the Explorer’s Club annual black tie dinner at the Waldorf Astoria in New York City on March 16. Herrera’s mother, Lisa Del Vecchio, was also at the dinner.

James will be researching the population densities of 12 lemur species living in Ranomafana National Park, Madagascar. He is comparing lemurs in different levels of habitat disturbance and different microhabitats in remote areas of the rainforest park. He has discovered two new forms of dwarf lemurs and will use this Eddie Bauer award to ascertain whether they are indeed new species.

The Explorers Club is an international multidisciplinary professional society dedicated to the advancement of field research. Since its inception in 1904 in New York City, the Club has served as a meeting point and unifying force for explorers and scientists worldwide. The Club provides expedition resources including funding, online information and member consultation. Its famed annual dinners honor accomplishments in exploration. The Explorers Club, which has some 30 chapters in the United States and around the world, has a membership that includes field scientists and explorers from more than sixty countries.

About Patricia Wright
Patricia Wright is a professor in the Department of Anthropology at Stony Brook University and also supervises students in two doctoral programs, the Interdepartmental Doctoral Program in Anthropological Sciences and Department of Ecology and Evolution. She is the founder of the Institute for the Conservation of Tropical Environments and Centre ValBio. Wright pioneered an integrated conservation and development project that led to the establishment of Ranomafana National Park in Madagascar and has received many honors for her conservation work there. The Stony Brook University Research Station (Centre ValBio) that she spearheaded brings modern technology to the edge of the rainforest.