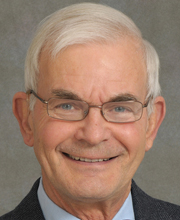 Eckard Wimmer, PhD, Distinguished Professor in the Department of Molecular Genetics and Microbiology at Stony Brook University has been selected to receive the 2012 Robert Koch Gold Medal, a prestigious international scientific award by the Robert Koch Foundation under the patronage of the German Minister of Health. The award recognizes Wimmer’s lifetime achievements in infectious diseases, specifically his groundbreaking research on the poliovirus and as a pioneer in the new discipline of synthetic biology.

The Robert Koch Gold Medal is one of Germany’s most prestigious awards given to scientists. Since 1960 medal awardees have included accomplished international scientists in biology, microbiology and other biomedical research disciplines. The award is named for Robert Koch, a German physician who discovered the cause of several infectious diseases, including the bacteria causing tuberculosis. He received the Nobel Prize in Medicine in 1905.

“For decades Dr. Wimmer has had a tremendous impact on the advancement of infectious diseases research, from his unraveling of the poliovirus to his more recent work in the emerging field of synthetic biology,” said Stony Brook University President Samuel L. Stanley Jr. MD. “A long-time professor at Stony Brook University, Dr. Wimmer’s expertise and insight as a researcher remains invaluable to his Stony Brook colleagues and students.”

“This award recognizes Dr. Wimmer’s monumental contributions to bioscience research on an international scale,” said Kenneth Kaushansky, MD, Senior Vice President for the Health Sciences and Dean of the School of Medicine. “Dr. Wimmer’s findings have been essential to the understanding of how polio and other viruses cause human disease and have revolutionized the approach medicine is taking to create novel ways to address a myriad of infectious diseases.”

“Dr. Wimmer’s work over many years in the area of poliovirus genome research has been astounding and has opened doors to new and groundbreaking areas of microbiology research,” said Jorge L. Benach, PhD, Distinguished University Professor, Chair of the Department of Molecular Genetics and Microbiology, and Director of the Center for Infectious Diseases at Stony Brook University. “This award recognizes the magnitude of Dr. Wimmer’s work. Our department is privileged to have him as a lead researcher, faculty mentor and educator.”

“I am honored to receive this prestigious award from the Robert Koch Foundation,” said Dr. Wimmer. “Those of us who have received this medal hope to honor it by continuing to work diligently toward new discoveries that impact the successful treatment of dangerous infectious diseases around the globe.”

A faculty member at Stony Brook since 1974 and chair of the Department of Molecular Genetics and Microbiology between 1984 and 1999, Wimmer has worked for decades predominantly on poliovirus. He is internationally known for this work, which includes the elucidation of the chemical structure of the poliovirus genome in the late 1970s and subsequent discoveries based on the mechanisms of poliovirus pathogenesis and the human receptor for poliovirus. These landmark discoveries have served to stimulate international research in virology and cell biology.

Trained as an organic chemist, Wimmer says he chose viruses as a subject for his scientific inquiries because throughout his career he has been intrigued by their dual nature as chemicals and self-replicating, pathogenic entities, that is, as “chemicals with a life cycle.” This is apparent in many of his nearly 300 research papers.

Earlier this year Wimmer was named a Fellow of the National Academy of Sciences. He is also a Fellow of the American Association for the Advancement of Science. His other honors include a Lifetime Achievement Award from the Research Foundation of the State University of New York (2008); Fellow, Deutsche Akademie der Wissenschaften Leopoldina von 1652 (1998); Fellow, American Academy for Microbiology (1994); and two Merit Awards from the National Institutes of Health (1988, 1998). In 2010 Wimmer received the Beijerinck Prize in Virology from The Royal Netherlands Academy of Arts and Sciences.