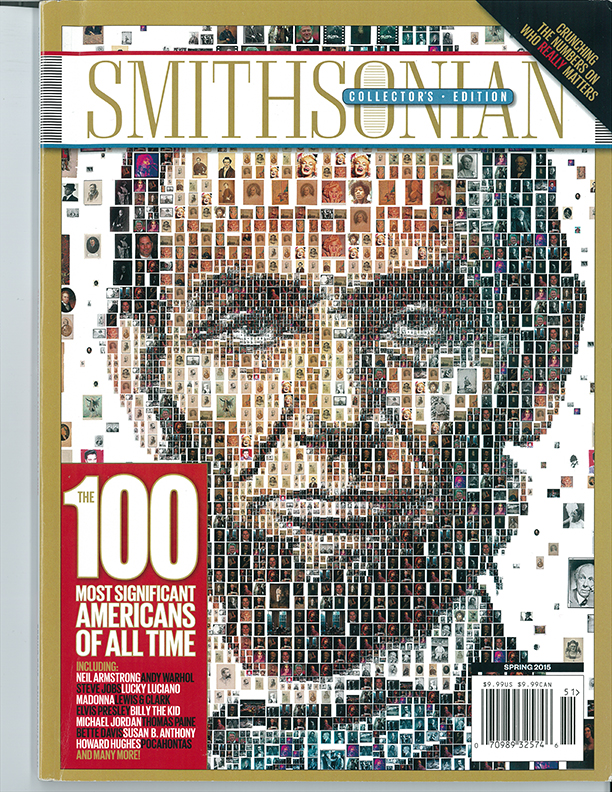 The book, published late last year, spurred Smithsonian magazine to collaborate with Skiena and Ward for its Spring 2015 issue, titled “The 100 Most Significant Americans of All Time.”

“By synthesizing our expertise with the systematic rigor of Skiena and Ward’s rankings, we sought to combine the best of quantitative measures and qualitative judgment,” states the issue’s opening article. “First, we asked Skiena and Ward to separate figures significant to American history from the world population. Then, rather than simply taking their top 100, we developed categories that we believe are significant, and populated our categories with people in Skiena and Ward’s order.”

To learn more about the book and its co-author, Distinguished Teaching professor in Stony Brook University’s Department of Computer Science Steven Skiena, read our feature story.

Read Smithsonian’s opening article and buy a copy of the issue at Smithsonianmag.com.