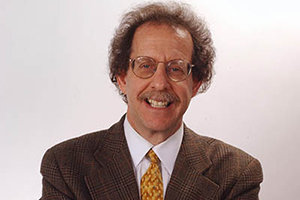 Howard Schneider, Founding Dean of the Stony Brook School of Journalism, is about to make his big-screen debut in the highly-praised documentary Three Identical Strangers.

Schneider was extensively interviewed for the film, which tells the astonishing story of triplets separated at birth and reunited by chance as teenagers.

“When people ask me what is the most remarkable human Interest story I ever encountered as reporter and editor at Newsday, I tell them: the Long Island triplets,” Schneider said. “Even now, three decades later, it is an unforgettable story.”

In 1980 Schneider was approached by a local student who told him the story of identical twins who enrolled in the same community college knowing nothing of the other’s existence.

Schneider followed up and, after Newsday printed the story, received a call from another young man who turned out to be the third brother.

The documentary, which dazzled audiences at Sundance will be released nationally on June 29, probes the mystery and finds that the brothers were victims of a bizarre medical experiment in which newborn identical siblings were separated for the purpose of psychological and behavioral research..

Schneider’s commentary is extensively featured in the film and can be seen in the trailer.