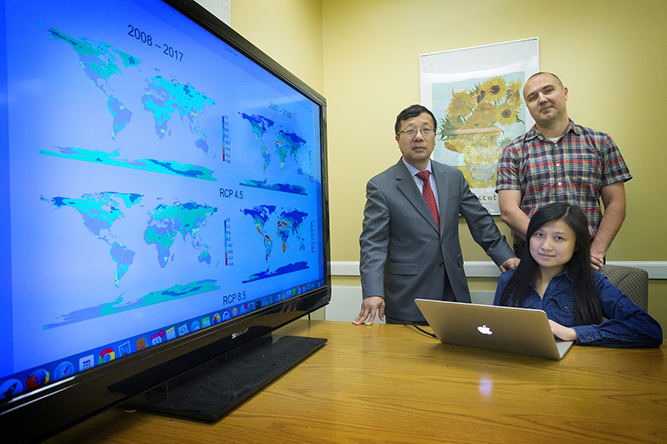 It is commonly believed that population growth will be the dominant factor in determining water scarcity in the next few decades. However, a new study led by Political Science Professor Oleg Smirnov states that climate change — not population growth — will play the main role in predicting future exposure to extreme droughts.

The study, The relative importance of climate change and population growth for exposure to future extreme droughts, was published in the journal Climatic Change and also includes the work of two other Stony Brook researchers, Professor Minghua Zhang and PhD student Tingyin Xiao from the School of Marine and Atmospheric Sciences.

The study examines future populations’ exposure to extreme drought, on both global and national levels, based on an ensemble of 16 climate models and UN population growth projections. The results imply that cutting greenhouse gas emissions should be the primary policy response for decreasing the number of people exposed to future extreme droughts. Population growth, while playing an important role for populations’ drought exposure in some countries, is a less significant force, one for which developing nations should not be held responsible.

Highlights of the Study