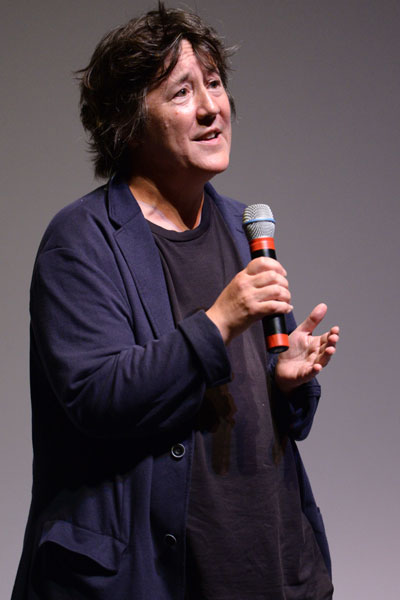 Christine Vachon, director of the MFA in Film program at Stony Brook Southampton and Manhattan and a co-founder of Killer Films, will be named 2016’s ‘Woman of the Year’ by the Fusion Film Festival, the NYU Tisch School of the Arts’ student film fest.

Vachon’s most recent film, Weiner-Dog, directed by Tisch alumnus and graduate faculty member Todd Soldonz, will kick off the festival, which will be held March 3-5. The film will be followed by a conversation and Q&A between Vachon and Soldonz.

“Christine Vachon’s body of work is so impressive that she could probably have been named Woman of the Year every year for the past 20 years,” said co-director Callahan Zacks in an NYU press release.

“She inspires us as a fearless producer who has changed the landscape of indie film and forged enduring professional relationships with some of some of the most talented directors and actors of our time,” added Fusion Co-Director Gabriela Alcalde.

It has been quite a year for Vachon, who won the Special Teddy Award Feb. 19 at the Berlin Film Festival for her contribution to LGBT cinema.

Meanwhile, Killer Films’ Carol has received more than 180 industry and critics nominations and over 50 awards, including six Academy Award nominations. Carol earned Best Film, Director, Screenplay and Cinematography awards from the New York Film Critics Circle, and was selected as one of the Top Ten Films of the year by the American Film Institute. The Academy Awards will be presented Sunday, Feb. 28.