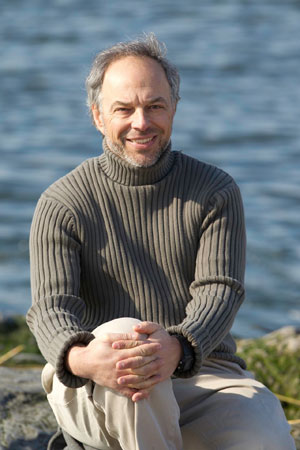 Stony Brook’s Dr. Carl Safina, a world-renowned advocate for ocean conservation, has been named one of six finalists for the 2016 Indianapolis Prize, the most prestigious award in the field of environmental conservation.

Safina, founding president of the Safina Center at Stony Brook University, is a crusader for the ocean and its creatures. Known as “the voice of ocean conservation,” he is the inaugural holder of the Carl Safina Endowed Research Chair for Nature and Humanity at the School of Marine and Atmospheric Sciences.

Safina has pioneered innovative approaches to studying species ranging from reef coral to whales, and established a sustainable seafood program, bringing science-based criteria to consumers. Safina was also a Finalist for the 2010 and 2014 Indianapolis Prize.

“It’s a great honor to be in the finalists’ circle for this amazing award,” Safina said. “All the other finalists are equally deserving, doing crucial work to help make the case for life on Earth.”

In 2014, Stony Brook’s Dr. Patricia Wright became the first woman to receive the Indianapolis Prize for her commitment to protecting Madagascar’s famed lemurs from extinction.

“Winning the Indianapolis Prize stands out as one of the highlights of my career,” Dr. Wright said “It is truly the ‘Nobel Prize’ of animal conservation and the 2016 Finalists represent some of the best and brightest minds in conservation.”

Renowned professional conservationists and designated representatives make up the Indianapolis Prize Jury, tasked with naming the 2016 Winner, who will be announced in late spring. The winner of the prize will receive an unrestricted $250,000 cash award while the five Finalists will each receive $10,000.