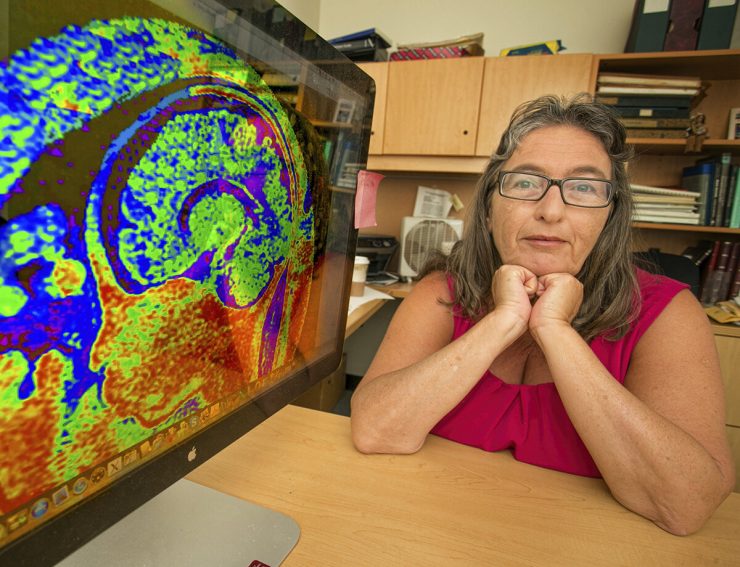 Brain imaging offers clues to the causes of obesity, a growing public health problem, according to a study led by Anat Biegon, professor of Radiology and director of the Center on Gender, Hormones and Health at the Renaissance School of Medicine at Stony Brook University.

Findings from a positron emission tomography (PET) brain imaging study of the amygdala reveal that low levels of the enzyme aromatase, which catalyzes estrogen biosynthesis, are associated with a higher body mass index (BMI) and lower self-control, as measured by a standard personality test.

The results, published in PNAS, suggest that brain aromatase imaging offers a novel method for characterizing the role of estrogen produced in the brain in obesity and other conditions involving impairments in self-regulation.

Obesity affects a growing proportion of children and adults. Because estrogen influences body weight and behavioral responses to appetitive stimuli, the researchers used an aromatase-specific radiotracer with PET to measure aromatase in the brains of 43 men and women (average age: 40 years) of healthy to obese weight ranges.

She explained that this particular finding raises the potential for amygdala aromatase to be a sex-neutral contributor to BMI and therefore a possible marker to measure for both men and women with obesity and self-regulation problems.

Biegon said a possible extension of this work is to examine other brain regions where estrogen was shown to regulate appetite and energy utilization. Such studies could determine the value of aromatase measures within the brain to discriminate between binge eating and healthy populations, as well as help predict weight maintenance versus regain following bariatric surgery in adults.

The imaging part of the study was completed at Brookhaven National Laboratory (BNL) under a grant from the U.S. Department of Energy with support from its Office of Biological and Environmental Research. Additional funding included grants from the National Institutes of Health through the National Institute of Alcohol Abuse and Alcoholism, and BNL.