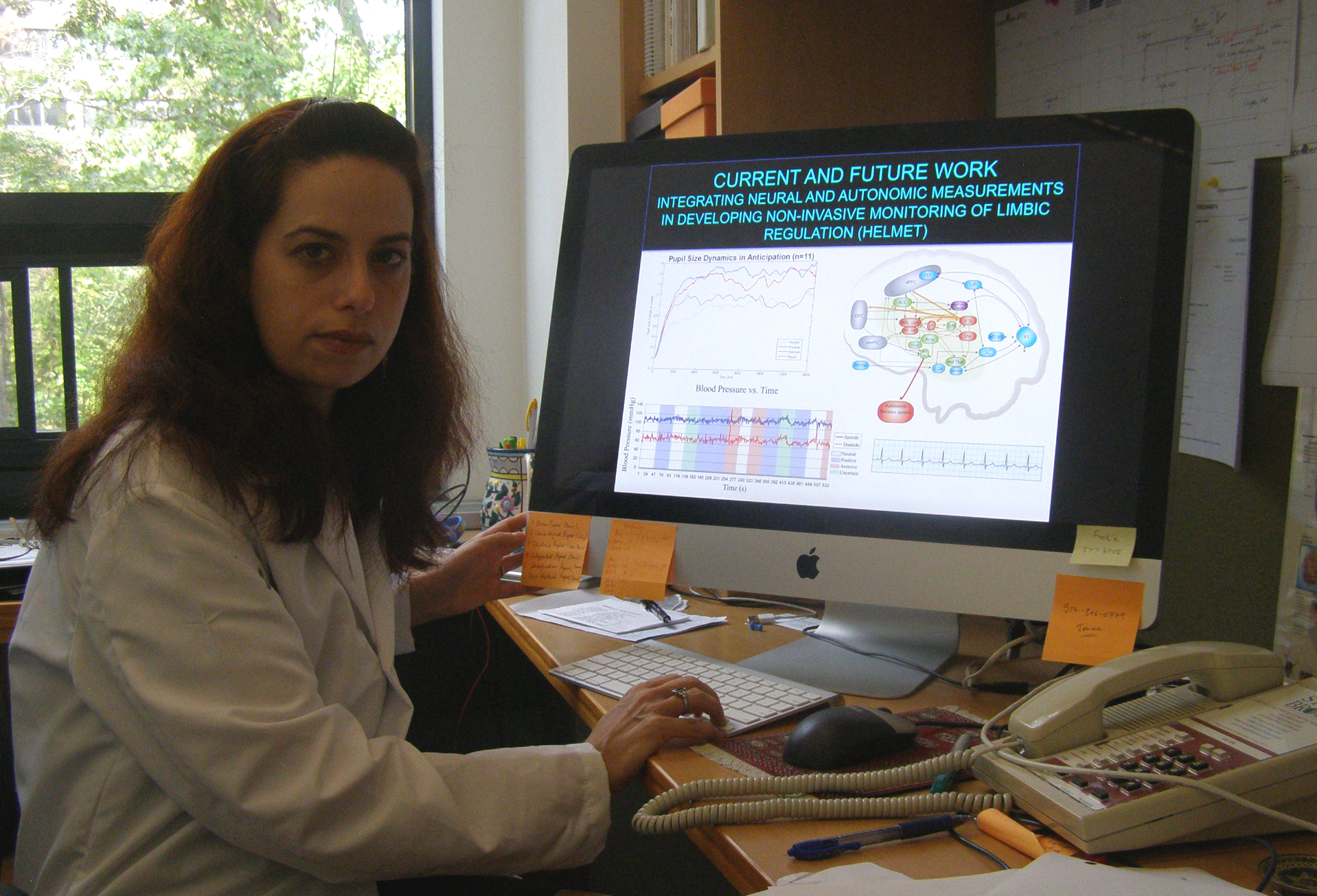 Lilianne R. Mujica-Parodi, Assistant Professor of Biomedical Engineering in the School of Medicine and the Director of the Laboratory for the Study of Emotion and Cognition (LSEC), has been named by President Barack Obama as a recipient of the Presidential Early Career Awards for Scientists and Engineers (PECASE), the highest honor bestowed by the U.S. government on science and engineering professionals in the early stages of their research careers. She is one of 94 researchers in the nation to receive the award this year, and the third from Stony Brook University in the past three years.

Mujica-Parodi’s research focuses on a complex systems approach to the computational neurobiology of human stress. Her citation is for outstanding research in the application of complex systems analysis to neurodiagnostics of mental and neurological illness, and for the development of a K-12 curriculum in control systems modeling.

“It is inspiring to see the innovative work being done by these scientists and engineers as they ramp up their careers—careers that I know will be not only personally rewarding but also invaluable to the nation,” President Obama said in the official White House announcement. “That so many of them are also devoting time to mentoring and other forms of community service speaks volumes about their potential for leadership, not only as scientists but as model citizens.”

The PECASE Awards were established by President Clinton in 1996 and are coordinated by the Office of Science and Technology Policy within the Executive Office of the President. Scientists and engineers are chosen based on their pursuit of innovative research at the frontiers of science and technology and a commitment to community service as demonstrated through scientific leadership, public education, or community outreach.

Mujica-Parodi also received the National Science Foundation CAREER Award as well as the National Alliance for Research in Schizophrenia and Affective Disorder‘s Young Investigator Award (Essel Investigator). Her research interests focus on the development of complex systems analyses to quantitatively define the roles that neural limbic regulation play both in the development of schizophrenia as well as individual variability with respect to stress-vulnerability and resilience in healthy adults.