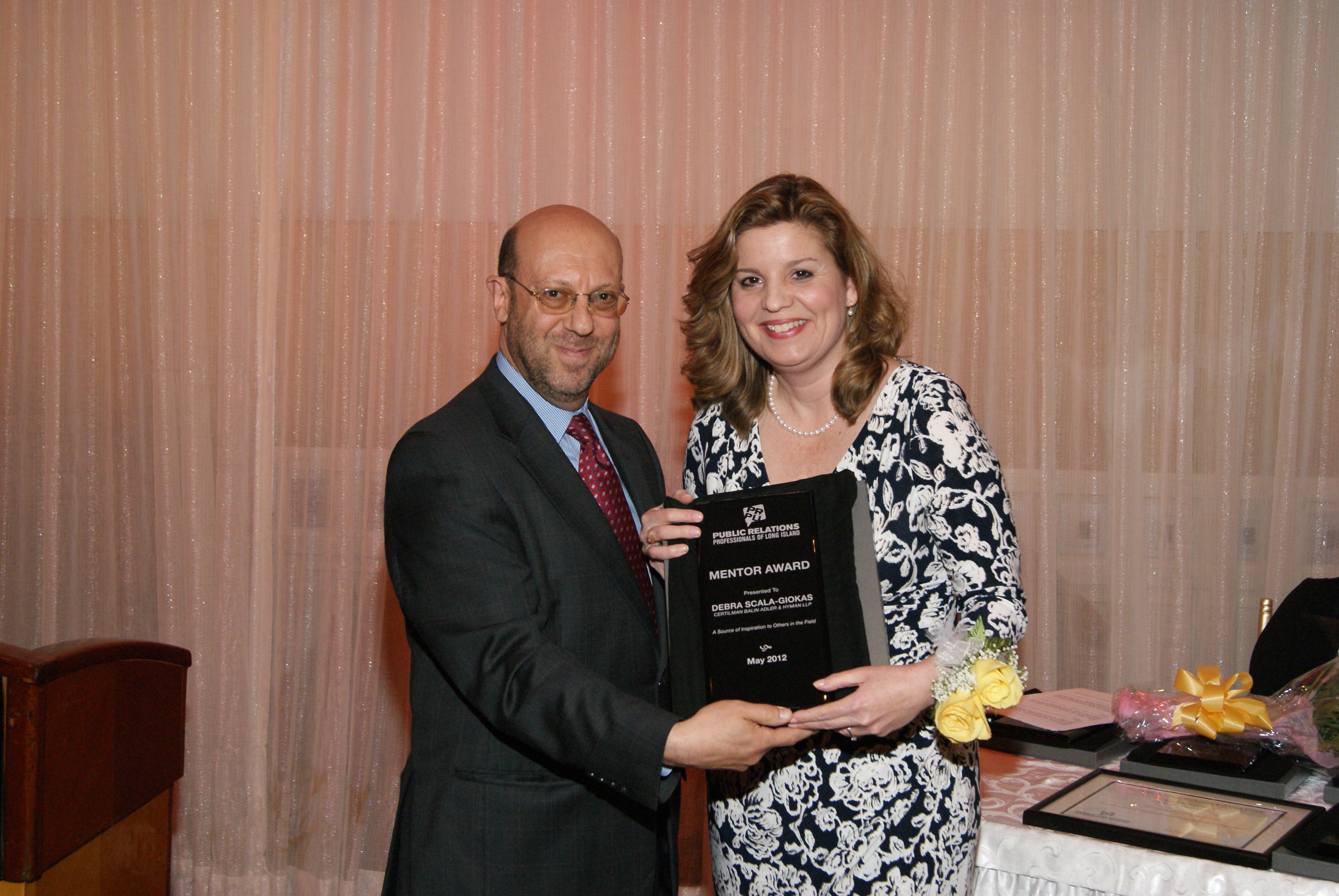 There is a Japanese cherry tree on Stony Brook’s campus that stands for everything academia should be — it was planted in 1995 just outside of the Social and Behavioral Sciences Building to mark the passing of one of Stony Brook’s own — History Professor Hugh G. Cleland.

Cleland’s memory sprang to life again at a Public Relations Professionals of Long Island (PRPLI) awards dinner on May 8, when 1987 alumnus Debra Scala-Giokas, a former student of Cleland’s, was honored with the PRPLI Mentor Award, which is one of six awards the organization annually presents.

Scala-Giokas is currently an adjunct professor at Dowling College. The Mentor Award is given to a public relations professional who exhibits the four tenets of PRPLI — advance, learn, share and network — and is a source of inspiration and encouragement to others in the field.

In her acceptance speech, Scala-Giokas wasted no time praising her long-time mentor, Cleland. She used the Japanese cherry tree that was planted in Professor Cleland’s memory to show how a teacher’s influence never stops. She shared with the group that she had spoken at his tree dedication and memorial service in 1995, and she elaborated on how Professor Cleland reached out to his students. “He even called my home one evening to congratulate me on a research paper I had written. That magic formula of a caring disposition and never-ending enthusiasm gave me the push to make my way in the world.”

Making her way includes 22 years of helping three of Long Island’s largest law firms in their marketing efforts. She joined her current firm, Certilman Balin Adler & Hyman, LLP, as its first marketing director in 1998. She began teaching as an adjunct at Dowling College in 2007.  “I always wanted to teach a college class,” she said, “I want to give back what was given to me.”

In an interview, Scala-Giokas credited Professor Cleland as one of the people who most influenced her career. “He was memorable. He made history real and pertinent to our lives. He used primary texts to teach us history — autobiographies of Benjamin Franklin and Frederick Douglass, for example. He encouraged me to gain skills so I would be employable after graduation. Professor Cleland kept in contact with me after graduation, checked in on my career and always encouraged me. When I found out about his passing, I wrote a letter to the history department, explaining his influence on me. Professor W. Burghardt ‘Burg’ Turner, former chair of the history department, asked me to speak at the tree dedication and memorial service, and I was extremely honored.”

“What I mostly try to give my students is what Professor Cleland gave to me. He cared. To paraphrase what the Dalai Lama once said about education: It’s that students will always gravitate toward the teacher who cares. That is the most important quality.”