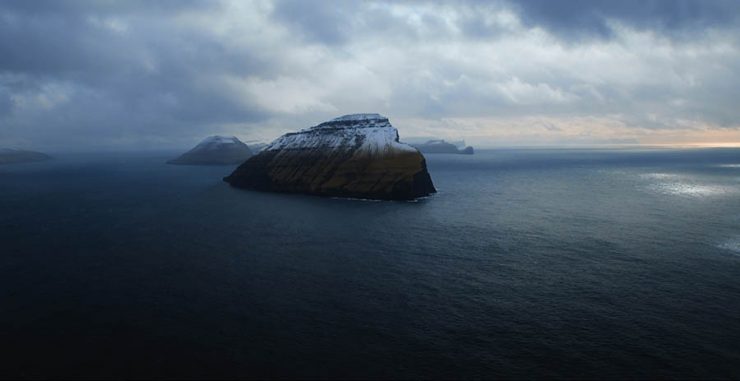 The award-winning environmentalist documentary The Islands and the Whales will be screened on Thursday, September 27, beginning at 1:30 pm. in the Charles B. Wang Center Lecture Hall 1.

Scottish filmmaker Mike Day will be on hand for a post-film discussion of the movie, which focuses on how the Faroe Islanders in a remote part of the North Atlantic have been affected by global pollution.  The whales and seabirds that have been part of the islanders’ diet for centuries have been found to be contaminated by mercury from distant industrialized nations.

Distinguished School of Marine and Atmospheric Sciences Professor Nicholas Fisher shares the filmmaker’s concerns about the high levels of mercury found in the Faroe Islands’ whales and seabirds. It was a friendship with Fisher that brought Day to Stony Brook.

The two men met through a mutual friend, a Harvard professor who, like Fisher, studies the impact of chemical contaminants on ocean species. “We met for lunch in the city one day and really hit it off,” remembered Fisher.

Day later sent Fisher a copy of his movie, which won a Peabody award and has been nominated for an Emmy. When the filmmaker mentioned in an email that he was in the area and wondered if the University would be interested in screening the movie, Fisher didn’t hesitate.

“It’s a fascinating, non-judgmental and beautifully photographed film,” said Fisher. “As founder of the Consortium for Inter-Disciplinary Environmental Research my job merges different disciplines. I thought this documentary would be the perfect vehicle since it melds anthropology with the environmental sciences. I even asked if Mike would mind if we used the 52-minute version of the film so more people could see it on their lunch hours.”

Day first met the Faroese sailors while making a previous documentary — on a storm-battered boat northwest of Scotland. “We bonded while drinking Schnapps and eating seabirds,” he said. That day the sailors revealed how the islanders had been hunting whales for years and how a local doctor had discovered that the whale meat contained an alarming amount of mercury.

An oceanographer and biologist by training, Fisher has conducted extensive research on how chemical contaminants such as mercury affect marine organisms. Although mercury occurs naturally to some degree, he said the primary sources of man-made contamination are the result of coal-burning plants and gold-mining activities.

“Mercury is not cancer-causing, but it does interfere with proper nerve function,” said Fisher. “Symptoms include tremors and loss of coordination.” He added that women of childbearing age and children should be particularly careful of consuming seafood, usually the slow-growing bigger fish, that may be contaminated with large amounts of mercury.

In the wake of discovering this contamination, many Faroese have drastically reduced their consumption of whale meat.

“While the islanders are slowly coming to terms with this pollution, much of the rest of the world is suffering from inertia in tackling climate change and the sources of the problem — the plastic in birds, the mercury in whales and the collapse of native species are real,” said Day. “And it isn’t just whales but many species of fish, including tuna, swordfish and halibut that have been shown to have high levels of mercury. This is undeniable and it came from us.

“The movie is ultimately about our complicity and ignorance of what we are doing to our planet,” added Day. “I hope it pulls a lot of heads out of the sand and makes us see the consequences of our actions.”

The Flu and COVID: A Conversation with Your County Health Commissioner, Nov. 16

The Program in Public Health presents a free Zoom webinar to answer your questions and learn about updates for both vaccines. 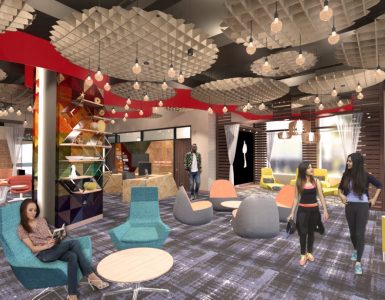 Join President McInnis, elected officials, students, faculty, staff and alumni for an official ribbon-cutting on Saturday, October 23, at 2 pm to officially celebrate the opening of its new location.