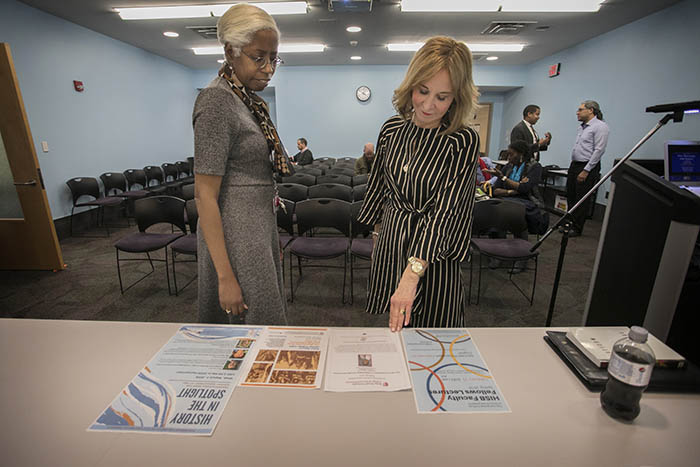 As Kathleen Wilson surveyed her last semester of a four-year term as director of the Humanities Institute within the College of Arts and Sciences, she spoke with excitement about the Institute’s history, programming and changes she has implemented.

Wilson, a SUNY Distinguished Professor with an appointment in the Department of History, is aided by Program Coordinator Adrienne Unger, a supporting staff and an advisory board composed of 15 faculty members who endeavor to keep Stony Brook at the crossroads of critical thinking and aligned with the social, cultural and political issues of the world.

The Institute has striven for social relevance during Wilson’s tenure, bringing in an impressive lineup of speakers and developing programs dealing with race, gender, sexual orientation, politics other issues at the top of America’s agenda.

Although the Institute has been in existence for 31 years, there have been only two directors — Wilson, and E. Ann Kaplan, who retired after serving a 27-year tenure.

Wilson said she is eager to keep pace with the times and has called for a revolving directorship to promote a circulation of fresh ideas. The programs and lecture series that Wilson and the Institute cultivate ensure relevance.

“Every year we pick a different theme,” said Unger. “Dissent! Currents and Countercurrents,” was the theme for 2017-18.

Wilson said that the Humanities Institute team tries to take the intellectual pulse of the campus and the nation when choosing themes. Immigration, for example, became a hot-button issue in the wake of Donald Trump’s election in 2016.

“President Stanley supports Stony Brook as a sanctuary campus that stands firmly against the Dreamers being deported,” said Wilson.

She recalled thinking that “Race Matters” was an ideal theme during 2015-16 following “an uptick of racial incidents involving the murder of young black men without provocation.” Wilson added that when this series ran, faculty members of color came out of the woodwork, saying, ‘“Someone finally acknowledged what we are going through.”

Highlights from fall 2017 included a two-day conference in October titled “Caribbean Cosmopolis: Timeports of Modernity” and two lectures from September titled, “Resistance and Bystanding: Does the History of Fascism Provide Lessons for Today?” and “The Ideological Origins of the Irish Revolution.”

Rather than measuring success in terms of audience size or feedback on social media — both of which are desired for creating excitement and increasing attendance — Wilson points to the fact that the Institute’s programs have spurred faculty from the Departments of English, History, Women, Gender and Sexuality Studies, Music, Art, Hispanic Languages and Literature and European Languages and Literature to finish eight books and three articles in the past four years.

“The proof is in the pudding. We want to stimulate our faculty to facilitate their intellectual engagement,” she said.

Wilson said that the mission of the Humanities Institute is to encourage interdisciplinary dialogue. “We want people from different departments talking with one another,” said Wilson.

“We achieve this through our advisory board,” said Wilson. “We deliberately cultivate board members who will help us brainstorm ideas and speakers and put our plan into action. One person or one demographic couldn’t achieve what we want to develop.”

As impassioned as Wilson is about the topics she has pursued during her directorship, she encourages her successor to follow his or her own instincts regarding the Institute’s future vision.

“The next director may go in a completely different direction,” she said. “I have a historian’s perspective with a broad, comprehensive view of issues. It is time for a new director to come up with fresh ideas.” 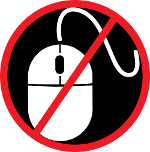