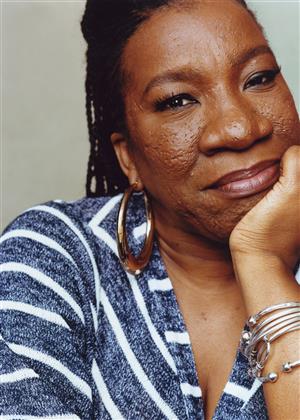 Tarana J. Burke — activist, advocate, founder of the #MeToo movement and Time magazine’s 2017 Person of the Year — will join Stony Brook University President Maurie McInnis for a virtual conversation on Wednesday, April 21, at 5 pm, as part of the Presidential Lecture Series. Burke will discuss several topics, including the many aspects of her career and history of advocacy.

In a long and dynamic career spanning nearly 30 years, Burke has dedicated herself to ending the systemic violence that disproportionately surrounds marginalized people, particularly Black women and girls. The impact of her interdisciplinary and intersectional work between racial justice, arts and culture, anti-violence, and gender can be felt around the world. Her many initiatives, including the programs through her nonprofit, JustBe Inc., and her development of the #MeToo movement, have marked a seismic shift in our collective dialogue and action around sexual violence.

Prior to the conversation, Burke will receive the Honorary Degree Doctor of Humane Letters, which SUNY granted her for all she has done and continues to do to support sexual abuse survivors and to help young girls succeed.