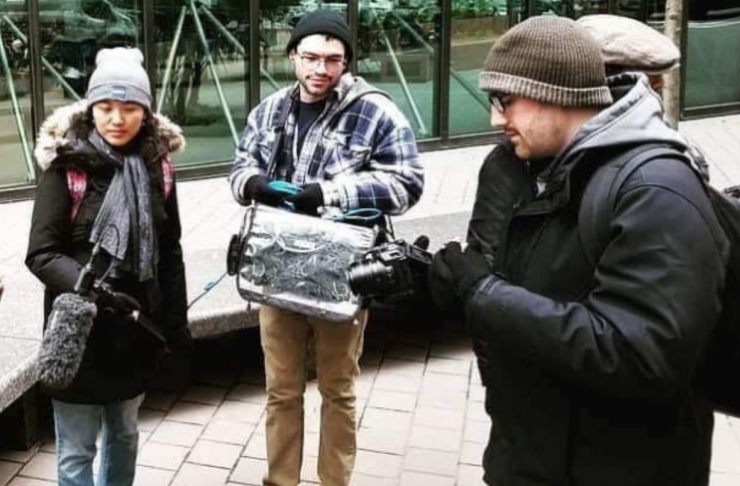 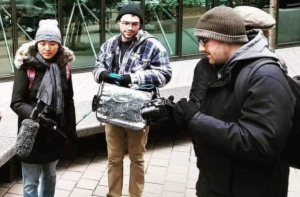 A cohort of students in the Stony Brook MFA in Film program won the $10,000 first prize in the SUNY Performing Arts, Creation and Curation competition on Saturday, Nov. 14.

Conor Demmett and Zhuoga Renqing presented the project on behalf of the group, which included deck master Maja Cule and 11 students who acted and participated in the project. The SUNY PACC Prize prompts the design of arts and curatorial projects and supports the creation of major art projects by SUNY students with competitively awarded commissions.

The students, who are in professor Lenny Crook’s annual Dogme class, collaborated to write and produce an episodic narrative. Dogme 95 was a filmmaking movement started in 1995 by a group of Danish filmmakers as an attempt to “take back power as storytellers and artists.” These students stuck to the strict rules of Dogme 95, each bringing a fictional character to the group. Each student then developed a story and wrote a screenplay that included a character they wrote as well as two other characters written by their classmates.

The win represents not only the 110 collective hours that went into filming the Dogme project, a year’s worth of multiple practice pitches and the development of an amazing pitch deck, but also four rounds of pitches before seven judges. 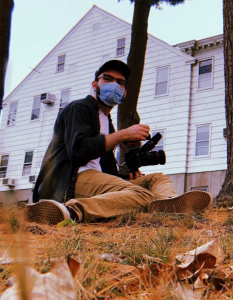 “[The Dogme Class] was an invaluable learning experience of thinking on your feet and shooting in real life,” said Demmett. “We only had one day for each shoot. That’s a lot to shoot — eight pages in one day.”

“[Winning the SUNY PACC Prize] was a reward for all of the effort the group put into it. It was unexpected,” Demmett continued. “I felt proud of my group and felt proud of the work we did, and excited to move forward with the project.”

In addition to submitting the completed series to festivals, the next step for the 11 students is to use the prize money to become agents for this kind of filmmaking. They will launch the Dogme 2021 web platform, which will offer others around the world the opportunity to learn about the Dogme movement, stream their narrative series and follow the step-by-step guidelines for creation.

Coming Back Safe and StrongCOVID-19News Highlights