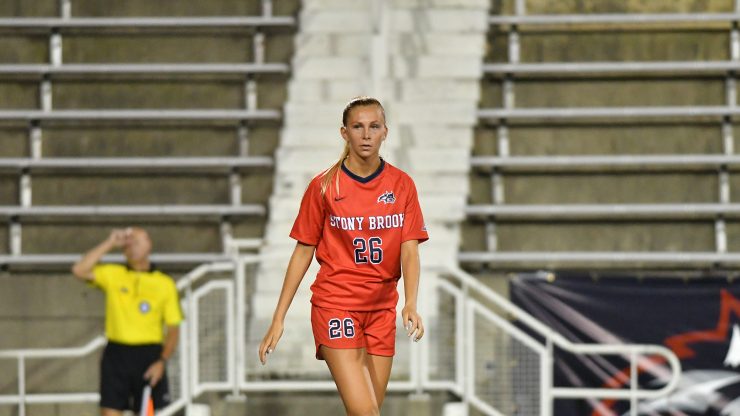 The Stony Brook women’s soccer team is on to the America East Women’s Soccer Championship Game after a 2-1 win over fourth-seeded New Hampshire on Thursday night at LaValle Stadium.

Junior Erin O’Connor scored two goals in a span of four minutes, giving the Seawolves the lead on each occasion, to aid the Seawolves attack.

“New Hampshire is a very well-coached team with a lot of seniors,” said Head Coach Tobias Bischoff. “They performed really well and made it hard for us to find our offensive groove. We have some players who can shine in those moments and it was an overall great team effort. “

Stony Brook will host No. 3 Hartford on Sunday, November 10, at 1:00 pm at LaValle Stadium.The Seawolves will be looking for their second America East tournament championship in the last three seasons.