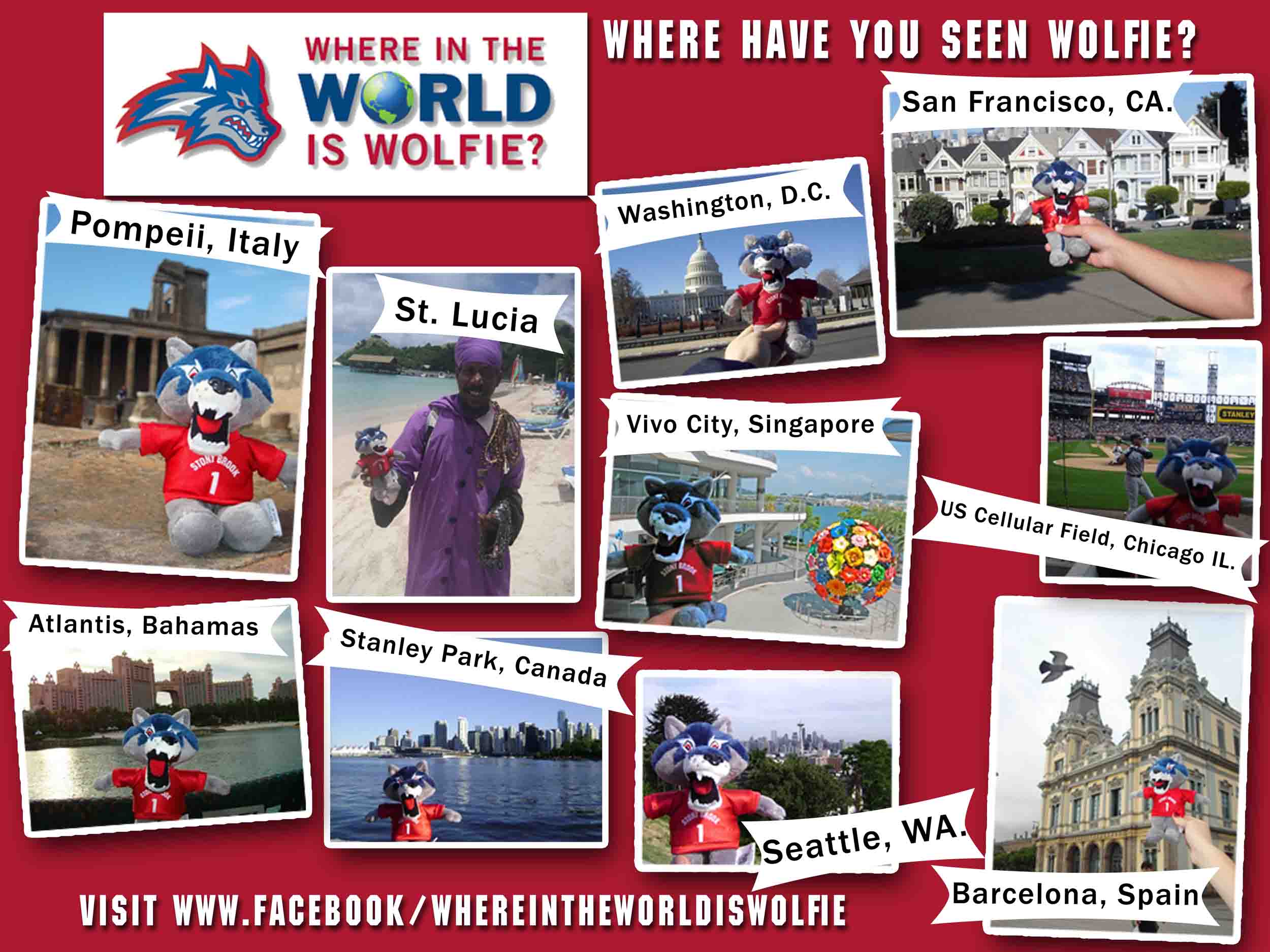 Three years since its inception, the Where in the World Is Wolfie? campaign has caught on in a big way. As the campaign spreads out to different segments of the campus, such as the Alumni Association and Study Abroad program, Wolfie is destined to become even more of a globetrotter than he is now.

Wolfie enthusiasts are taking him — in miniaturized form — everywhere. Fans are purchasing their own Wolfie plush toy from either ShopSBU, the official online store of Stony Brook University at the Seawolves MarketPlace, located in the Student Activities Center, at the Stony Brook University Bookstore and SBU athletic contests. Mini Wolfie has logged many miles, traveling to such diverse U.S. locales as Yankee Stadium; San Francisco; Seattle; and Washington, D.C.; as well as to exotic ports of call, such as Aruba, Italy, Singapore and St. Lucia, with his many fans recording his visits digitally.

How well traveled is Wolfie? Last year alone he marched in the Columbus Day Parade in New York City; attended the NCAA FCS (Football Championship Subdivision) second round game at Sam Houston State University in Huntsville, Texas; was seen at the MSG Holiday College Basketball Tournament at Madison Square Garden; cheered on Stony Brook’s Baseball team that shocked the world at the College World Series in Omaha, Nebraska; and was featured in a University commercial shot in Birmingham, Alabama.

Wolfie fans can track his travels on Facebook by clicking on the Google Map link on the home page. The Google Map has more than 78,825 views, with 20,000-plus just since April 2012.