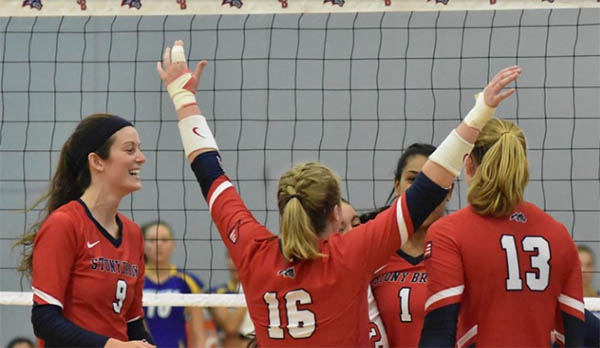 The Stony Brook women’s volleyball team will travel to Nebraska for the opening round of the NCAA Tournament to take on the fifth-seeded Huskers. The match has been set for Friday, Dec. 1 at 8 p.m. The winner will advance to play the following day and face the winner of the Florida State-Washington State matchup.

This is the first NCAA Tournament appearance for the Seawolves, who won the America East Championship for the first time this year. Stony Brook knocked off in-state rival and top-seeded Albany to advance to the title game, and made it back-to-back sweeps in the championships with a 3-0 win over Binghamton for the crown.

“I could not be more proud of this group,” said head coach Kristin Belzung. “They were locked in from the start defensively, both blocking and digging, and I thought that gave us a ton of confidence. On top of that, this group didn’t let anything get to them all weekend. They took care of each other and played for something bigger than themselves.”