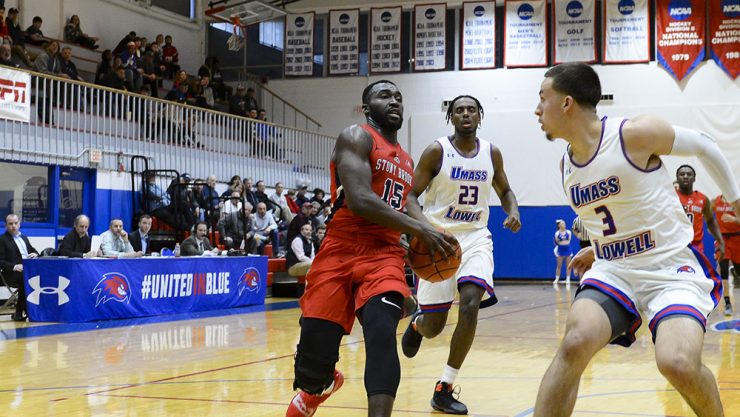 Led by a 44-point second half, Stony Brook men’s basketball won its conference opener, defeating UMass Lowell on the road, 75-63.

Redshirt-junior Akwasi Yeboah scored 19 points in his return to action for the Seawolves, while freshman Miles Latimer tallied 13 of his overall 16 points in the second half to power a late Stony Brook run.

“I thought in the first half, we didn’t come out like a team that was 12-3. I thought we had more energy in the second half and got stops when we needed to and I’m really proud of our guys,” Coach Jeff Boals said.

“The biggest thing we have to learn from this is every possession matters,” Boals said. “We have to understand that every single time down, we have to be locked in. I think we will get better at that as the year goes on.”

The Seawolves have already matched their 2017-18 win total, taking home their 13thvictory of the season.