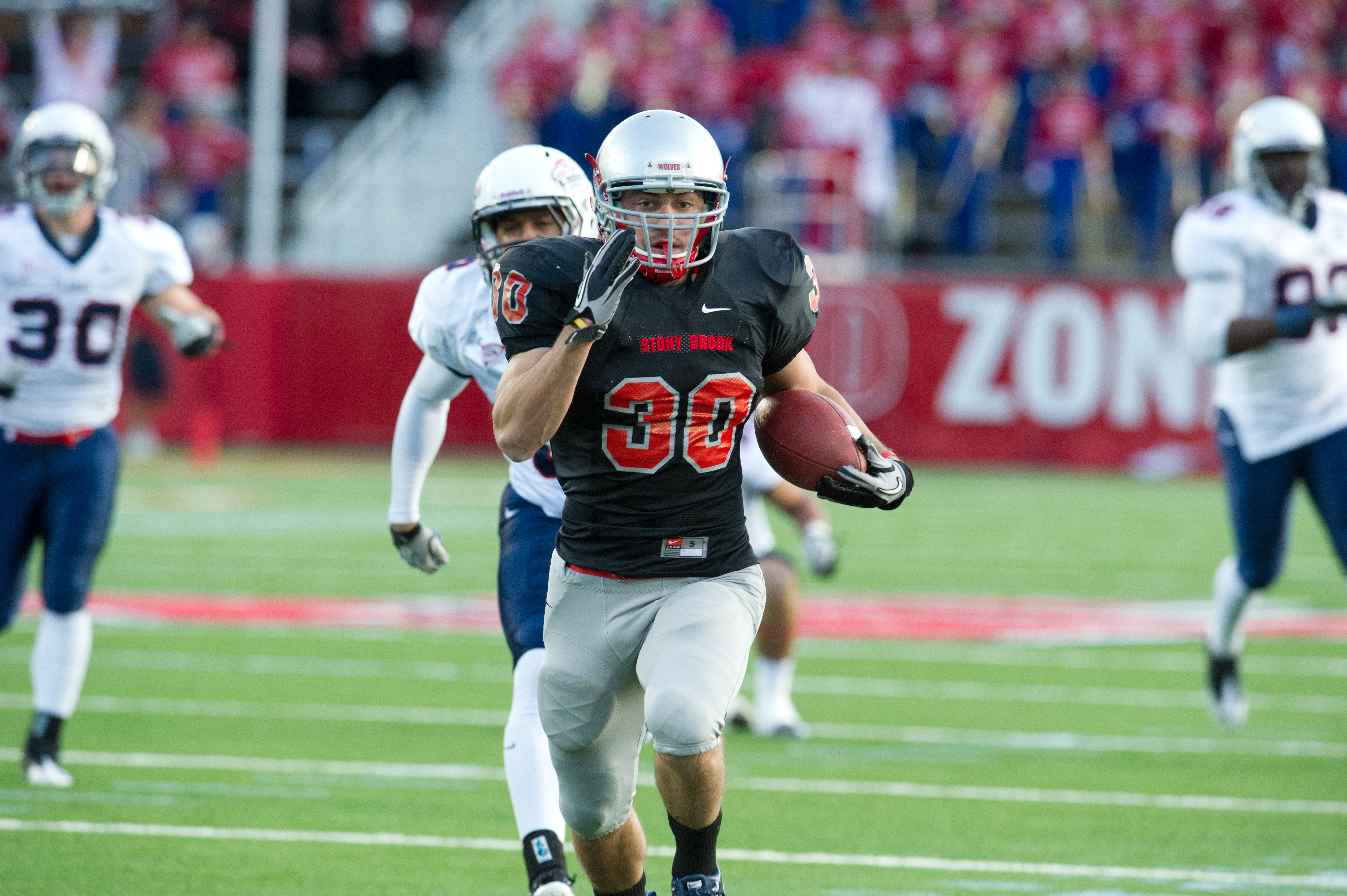 Stony Brook’s football team hadn’t faced a double-digit deficit since the second game of the season at Buffalo. But a little of junior Brock Jackolski and some defense helped erase an 18-point UAlbany lead as the Seawolves topped the Great Danes, 31-28, in a wild Division I Football Championship first-round game at LaValle Stadium on November 26.

“Wow,” coach Chuck Priore said. “I know I say it a lot, but good teams find ways to win. I’m really proud of my alma mater (UAlbany class of 1982) and the job they did tonight, but I’m even more proud of our team. We’re excited for the opportunity to play another week.”

Jackolski, a Long Island high school legend who played his final game at LaValle Stadium, scored two touchdowns in the third quarter and the eventual game-winner in the fourth quarter to lead a furious comeback.

But UAlbany could have won if it wasn’t for a game-saving play from senior Donald Porter and junior Dominick Reyes.

After a Stony Brook punt, the Great Danes started their final drive of the game from their 45. Senior Dan Di Lella converted three third downs and a fourth down to give UAlbany first and goal from the 7. On second and goal from the 4, Di Lella faked the give to Paul Booker and rolled to his right. Di Lella, who was picked off earlier in the game by Porter, was looking for Brian Parker in the back of the endzone. But Porter stepped in front of the throw, and Reyes hauled in Porter’s tip for the touchback to seal Stony Brook’s school-record ninth straight win.