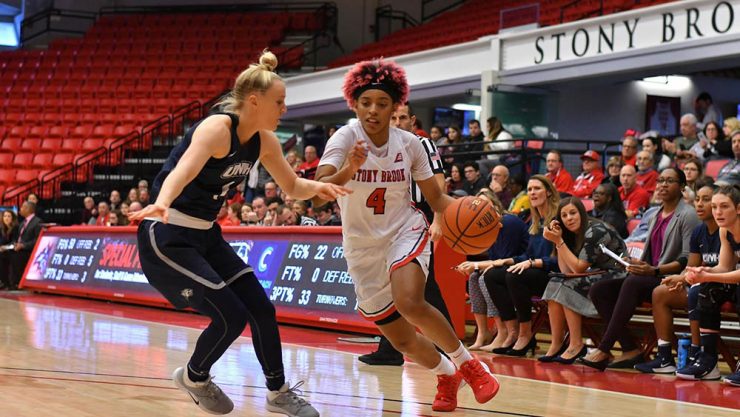 During a team huddle in the final minute, Kaela Hilaire vowed to her teammates that Saturday’s game would not head to overtime.

Hilaire then ensured the extra period would not be required.

She produced two steals in the final 20 seconds and the Stony Brook women’s basketball team held on for a 52-50 victory against New Hampshire at Island Federal Arena.

The overall win total matches the most victories in a season in head coach Caroline McCombs’ six seasons at the program’s helm.