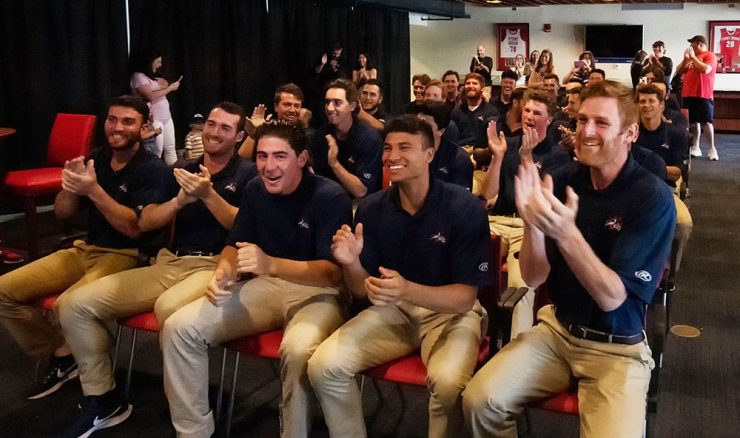 The Stony Brook baseball team’s Road to Omaha begins in a familiar spot on Friday: Baton Rouge, Louisiana, the site of the team’s Super Regional victory en route to the 2012 College World Series.

Hosted by LSU, the Seawolves will face the 13th-overall-seeded Tigers on Friday night at 7 p.m. Eastern (6 p.m. local) on ESPNU at Alex Box Stadium. The other regional opener will be between Arizona State and Southern Miss, a game to be played at 1 p.m. Eastern Time (Noon local).

The Seawolves took the latter two games of a three-game Super Regional during the 2012 season and it will be the team’s first trip back to the Southeastern Conference school since then.

Stony Brook is coming off its sixth America East title after sweeping its way through the tournament last weekend, defeating Binghamton 7-5 in the Championship Game in Vestal, N.Y. on Saturday.