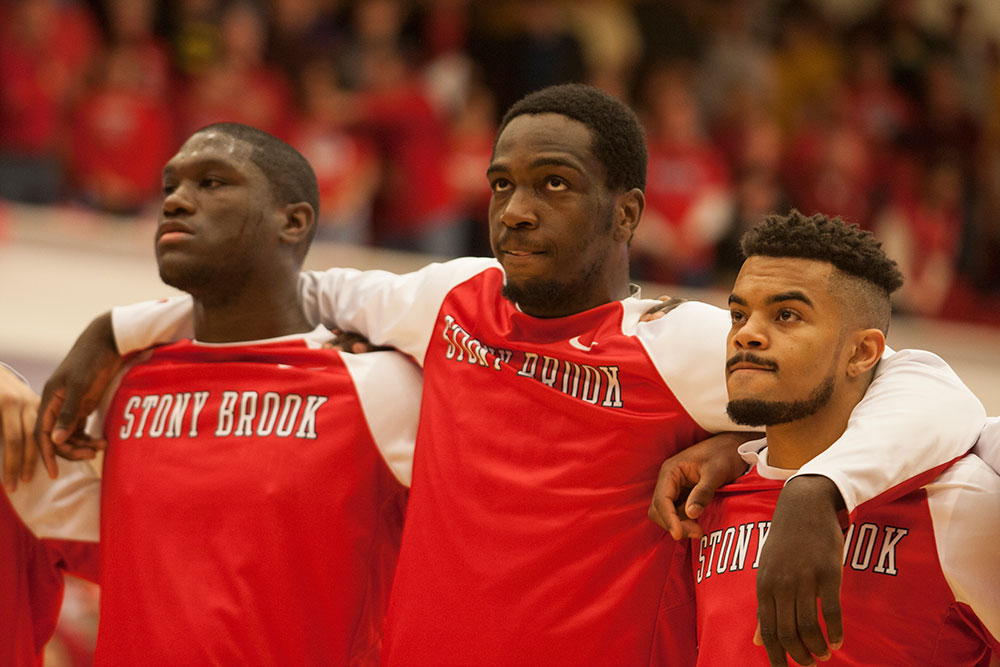 Stony Brook’s basketball Seawolves concluded their best season in history Thursday night, falling far short of a hoped-for Cinderella victory in their first-ever NCAA Tournament game, but acquitting themselves with honor and pride.

The team fought hard against the powerhouse Kentucky Wildcats, picked by many as a Final Four prospect, losing 85-57 in a game characterized by toughness, tenacity, and memorable moments of athletic excellence.

“I could not be more proud of the grit and determination shown by our Seawolves, on and off the court, both tonight and all season long,” said Stony Brook University President Samuel L. Stanley Jr., MD. “Under Coach Pikiell’s leadership, this team took Stony Brook basketball further than ever before, representing our University with outstanding energy and exemplary sportsmanship.”

Stony Brook hung with the Wildcats for much of the first half, trading blow for blow in a highly physical confrontation that favored tough defense.

Tied up as late as 10 minutes into the game, Kentucky began to pull away as Stony Brook’s offense went cold. The Seawolves played eight minutes without a field goal during one painful stretch. By the half, stymied by the Wildcats’ height advantage and defensive execution inside, the Seawolves trailed 33-19.

The second half was all Wildcats, as the winningest team in NCAA tournament history dominated Stony Brook on both ends of the court. But the Seawolves never quit, giving their fans 40 minutes of effort and pride. Forward Jameel Warney went out fighting, notching his 60th career double-double. If there were stats reflecting dignity and sheer mental toughness, Stony Brook would have set records.

A Season to Remember Some might call our first Big Dance appearance a bittersweet affair, but for the Seawolves, it’s all about the sweet. It was clear that this tough, talented squad belonged on the same court with one of college basketball’s most storied programs. The trio of seniors who formed the nucleus of this year’s team — Jameel Warney, Carson Puriefoy and Rayshaun McGrew — could look back on a season of unprecedented success and honors. Stony Brook went 26-6 and won the America East championship for the first time in program history. Jameel Warney Becomes a Stony Brook Legend Forward Jameel Warney stepped onto the national stage this season, leading the America East Conference in scoring (19.0), rebounding (10.7), blocks (3.0) and field goal percentage (.627). A finalist for the Karl Malone Award and a three-time America East Player of the Year, Warney became the 110th player in Division I and third in America East history to reach 2,000 points and 1,000 rebounds. Warney is one of two players to score 2,000 points without ever attempting a three. “I don’t know if he’s the best player — but I do know he’s the most prepared-for player in our league — if not the country,” Coach Pikiell said.

Look for Warney in the NBA next season. But Stony Brook was far from a one-man show: senior Carson Puriefoy averaged 15.1 points, 3.3 rebounds and 3.1 assists, while junior Ahmad Walker, who’ll be back next year, averaged 10.4 points, 6.7 boards and 4.2 assists.

When Steve Pikiell arrived in 2004-05, the program hadn’t enjoyed a winning season for seven years. The following season was the program’s nadir, with the team managing a 4-24 record overall, 2-14 in the America East.

Now with an America East title and a Big Dance appearance to his credit, Pikiell is the all-time winningest Stony Brook coach, with a record of 190 and 155.

The long-coveted ticket to the Big Dance is just the beginning. Stony Brook is now firmly fixed on the nationwide basketball map, and although its senior supernova crop is graduating, Stony Brook’s ascent into March Madness will be a recruiting tool for years to come, assuring new bests and deeper seasons in the years to come.

Meanwhile, longstanding fans and proud students have been joined by brand new boosters across the country — and the world. 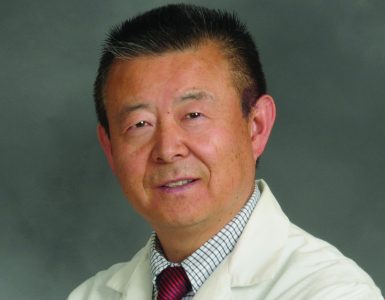 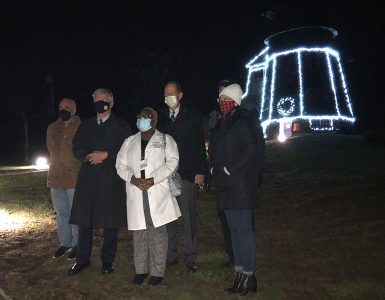 The ceremony, a campus tradition, was dedicated to local healthcare providers in recognition of their tireless efforts to care for the community during the COVID-19 pandemic.